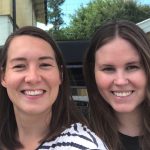 7 days, 3 researchers, 1400 km by car, 33 interviews. This is how we went about finding out what Schibsted Media’s users outside of Oslo thinks about our products. 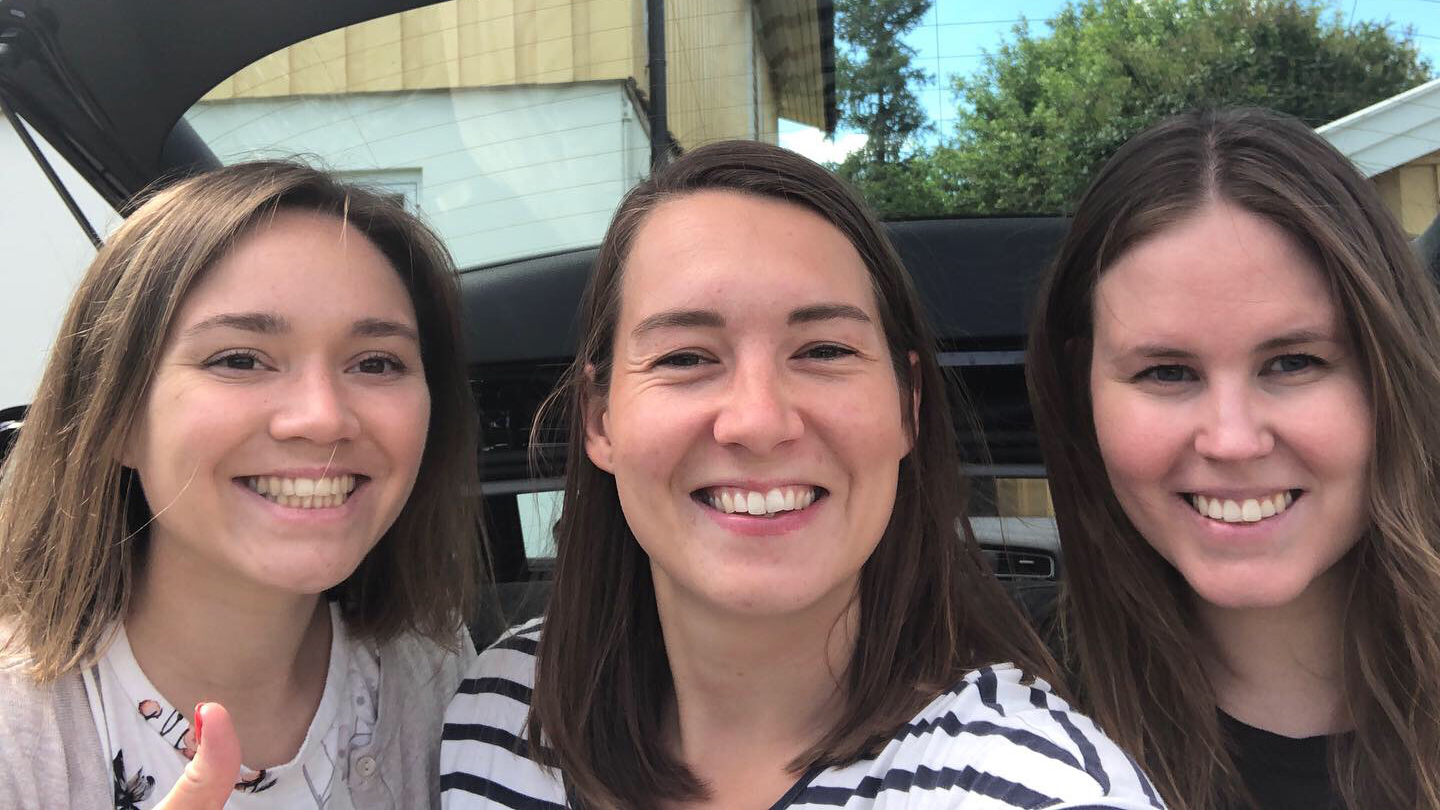 This summer, three of us in Schibsted News Media Research team– Karina Lassen, Nathalie Jonkers and Kristine Hellem Aanstad – jumped into a car to leave the capital of Norway to expand our horizons. As qualitative researchers, we especially wanted to explore the question: Do people outside of Oslo and Bergen think differently about Schibsted’s media products compared to the people we normally talk to?

In this blog post, we will take you on the journey – from planning, the trip itself and the analysis – with a focus on our method(s). In the course of seven days, we traveled from Oslo to Trondheim and back down the midwest of Norway – past fjords and mountains. We spoke to 33 people through planned in-depth interviews, in addition to guerilla interviews.

Why do a research roadtrip?

Our workplace is located in Oslo and sometimes in Bergen, and we mainly talk to people in and around those two cities. We often speak to these readers face-to-face, but there are a lot of people outside of these places who have a relationship to our news sites. So how do we reach these readers to find out their thoughts and opinions? Well, we needed to travel to where they are.

There was also another reason: There is a perception that people outside of the larger cities in Norway feel discriminated when it comes to coverage of issues that are relevant to them. Including these more in research around our media products can be a small step to avoid this feeling.

How did we plan it?

It was important for us to provide a voice to these readers as well as providing valuable insights and recommendations to the organization. In order to gain insights quite a bit of preparation had to be done.

We started by reaching out to colleagues in different product teams to ask what overall topics they wanted us to explore in order for them to make better-informed decisions. To research further we created interview guides, both for short interviews, as well as longer in-depth interviews, and group interviews on certain topics (with people that knew each other). The purpose of the short guerrilla interviews was to get a general sense of people’s media habits, while the longer interviews would go more into depth on these media habits and the specific topics we were wondering about. While the guerrilla research was based on meeting people on the street, the in-depth interviews were planned in advance.

We recruited participants for in-depth interviews through friends and family, and the networks of Schibsted employees. 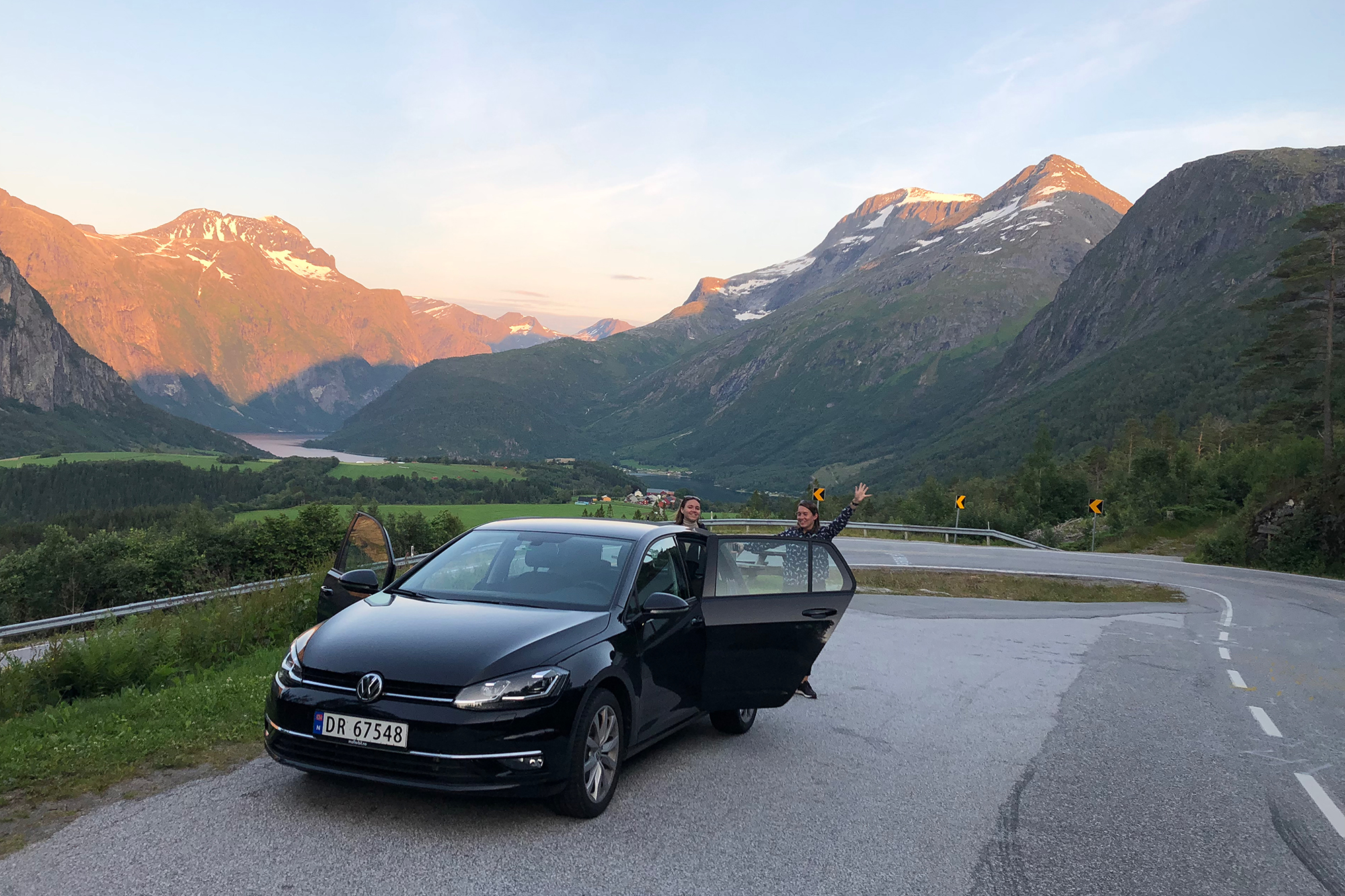 Challenges on the road

To find people for short interviews, we talked to people at gas stations, at second-hand markets, in shopping streets and at their places of work. One of the challenges of meeting people this way was to get them to understand what they are actually participating in. When we asked them to talk about the big Norwegian newspapers like VG and Aftenposten, it was important for us to let them know that we were not journalists. We were not going to interview them for a story, but we were researchers who needed their insight to improve our products.

How did we solve this? It was about being clear from the first second: Explaining that we work in Schibsted which owns these newspapers and that we were looking for their opinions and thoughts around them. Also emphasizing that they were completely anonymous and mentioning that their honest opinion was important.

A top tip is to look for potential interview subjects who seem to have some time to spare – waiting for the bus or sitting in a park or having some quiet time at work. We were also lucky with the weather on our road trip: It was sunny – and Norwegians love to be out in the sun, and were more willing to use some of their time on us. To do interviews out and about gave us the opportunity to test our interview skills in a more natural environment where things did not always go according to plan.

Since we did not use a recruitment screener for the longer interviews, we did not know what their media habits were. So we had to spend some time to learn more about them, and what kinds of topics they could actually answer – and it varied a lot: Like the person who only read Aftenposten – but just the paper version. By doing it this way he did not have to worry about being tempted by the “plus stories” (stories behind the paywall) on the online news site. Several of the themes we had planned therefore did not suit him, but it was nevertheless interesting to gain an insight into how and why he used media in this way.

The lesson we learned is that we should have been more focused on certain topics: Created interview guides that allow us to go more into depth and try to recruit more people who fit within the topics that we sought to learn about. 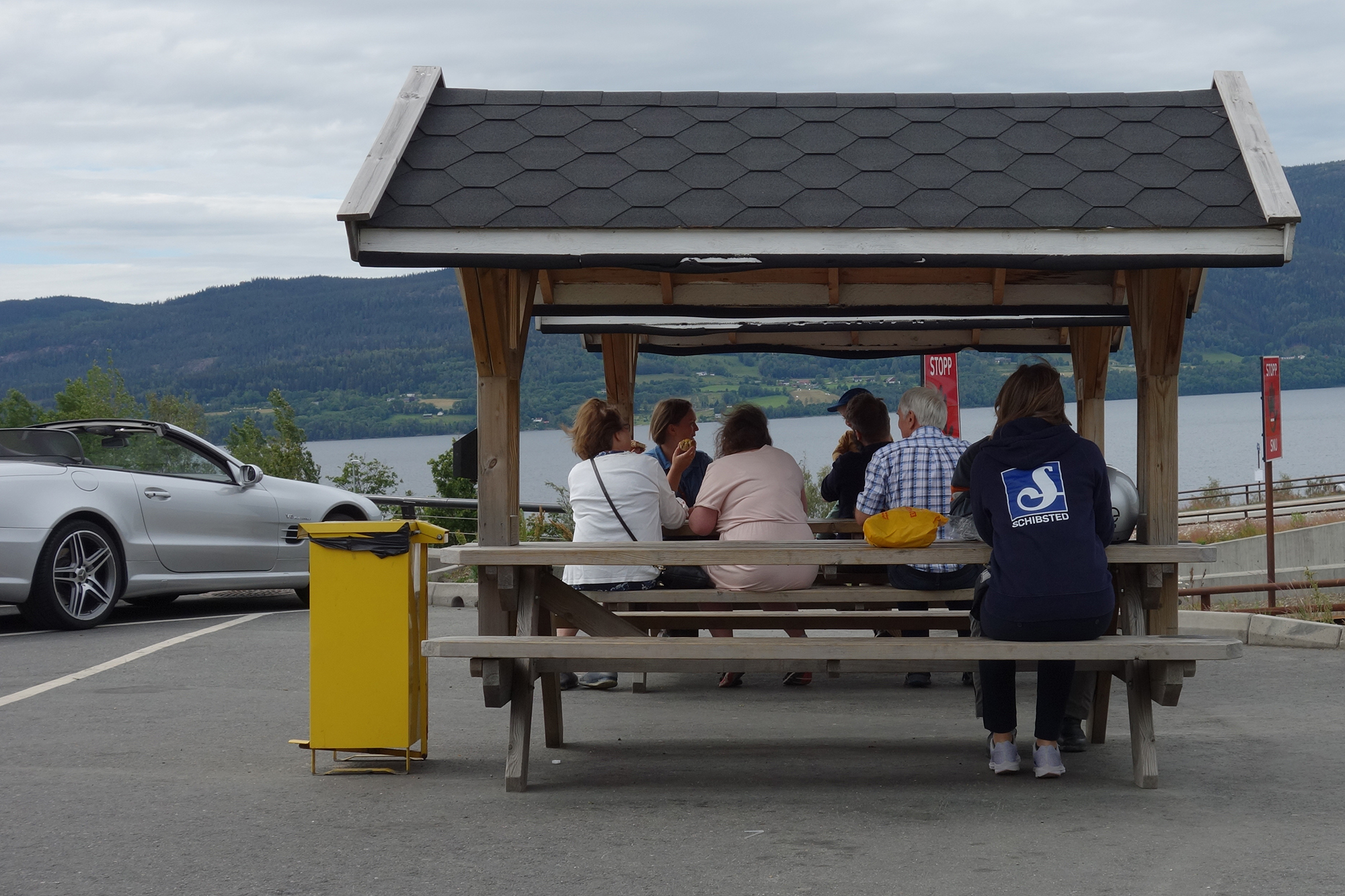 One of the main challenges was to analyze and synthesize all the interviews that we had done. Planning our analysis was something we initially had not thought too much about as our focus was on planning the trip itself and creating interview guides. We had a lot of interview transcripts – 199 pages. Fortunately another research colleague -Ane (who did not attend the trip) – was ready to help us analyze our data.

After some discussion, we found that the best way to get an overview was to collect all of them into Google Sheet. In this way, we could categorize the interviews within the specific topics that we had explored. Google Sheet allowed us to concretely find patterns as the transcripts were structured next to each other.  It also meant that if we needed more context around a reader’s media habits in relation to a topic, it was easy to find it without having to go through several interview transcripts. Although it was time-consuming to fill in the data into Google Sheet, it gave us a system to analyze the interviews properly.

Nevertheless, doing it in our own effective way we managed to gather all the insights into one report. In the draft report, we could easily give critique and help each other to make the findings actionable. We had to make sure that the insights had clear recommendations so that teams who worked on those topics could follow it up directly. From earlier research sharing we have noticed a need to do it in a more accessible way outside of Product and Tech (where we work) to Editorial teams, Ad and Marketing teams for it to be valuable to the whole organization. To accommodate this we also created an internal website to share our findings in a more visual way and make it easier for each department to find the topics relevant to them and their work.

Learnings – and what now?

We have learned a lot about different newsreaders and how they see our products, gained insight into potentials that Schibsted can look into as well as gotten confirmation on topics we had hypotheses about.

However, there are always learnings on what to do better the next time. One of those learnings is to have fewer topics to explore and create interview guides that allow us to go more into depth on these topics.

Another lesson was that we probably took on too great distance in the time we had set aside. Some days we drove for over six hours to get to the next planned in-depth interview. Still, we managed to squeeze in some free time for social activities. This was important for us because we got to know each other better – and we needed some breaks in between the interviews and outside the car. Seven days going like this is quite intense, but happily, it just made our small research team in Norway stronger: We know each other’s strengths and weaknesses – and that makes us work better together.

So to answer the question that started all of this: Do people outside of Oslo and Bergen think differently about Schibsted Media Products compared to the people we normally talk to?

The answer is “not really” – and that is, in fact, an important finding, which we would not have known unless we made this trip. This does not mean that it is not necessary to speak to people outside of Oslo or Bergen. It rather exemplifies how valuable it is to Schibsted to speak to people who have relations to our products all over  Norway– from south to north, west to east.

A special thanks to Karina Lassen and Ane Sharma