Developing UI at scale can be challenging.

At Schibsted, our large, distributed team of iOS developers collaborates on a single codebase. Our modular UI is shared by several apps, each of which applies a unique theme. Our requirements are effectively the worst case scenario for using Storyboards and Interface Builder.

Our solution to these requirements is Layout, a new collaboration-friendly UI system for iOS. 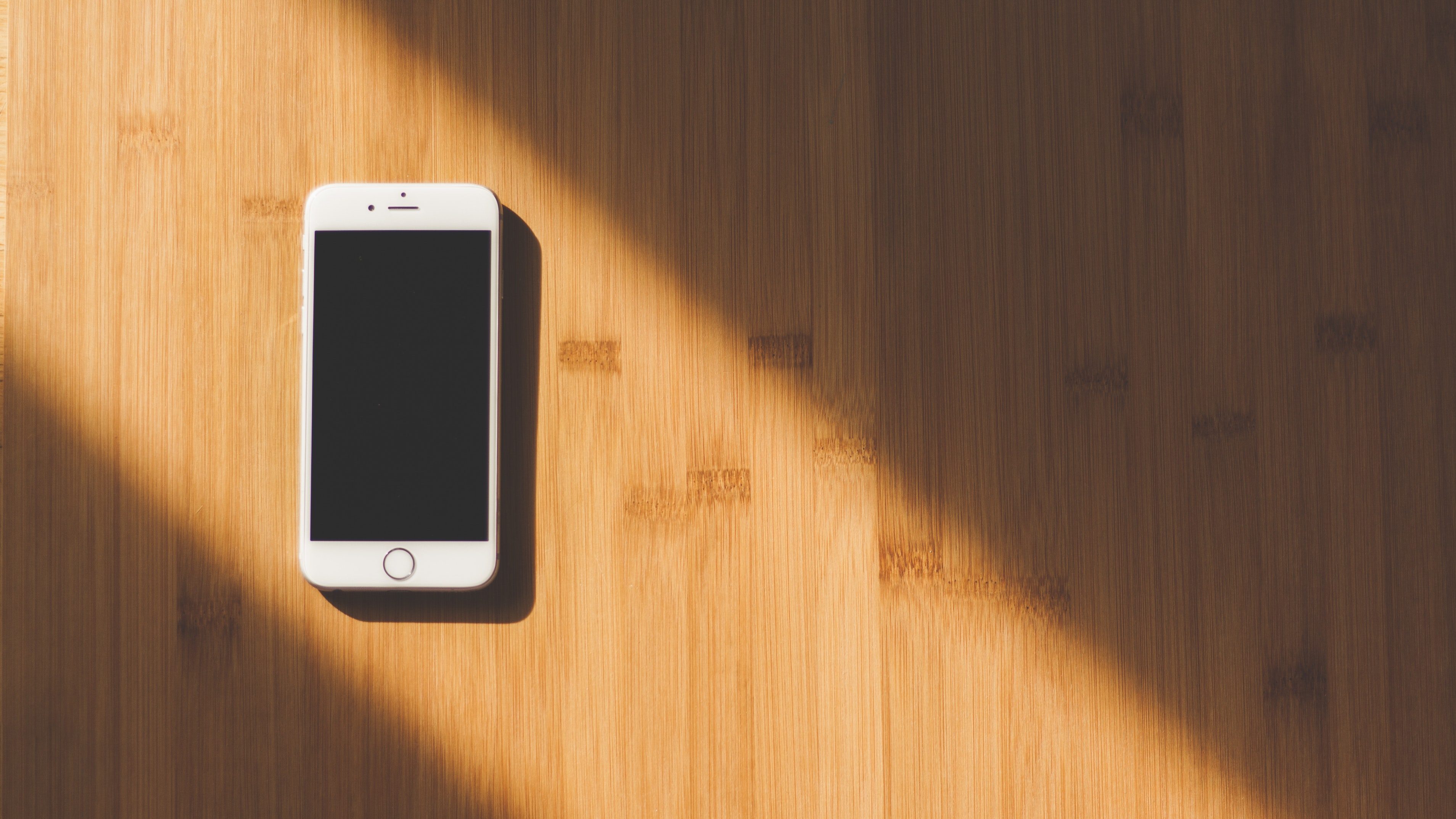 We needed a system that:

So what’s wrong with the tools that Apple provides with the iOS SDK?

The Trouble with Interface Builder

When Apple first released the iOS SDK in 2008, they included Interface Builder, a WYSIWYG drag-and-drop tool originally developed for laying out desktop application windows, now adapted for the iPhone touchscreen.

Right from the outset, the iOS developer community was divided on whether this was the right approach, and many eschewed Interface Builder in favor of creating views programmatically.

Interface Builder has come a long way since it was first introduced, but the reasons for not using it remain largely unchanged: 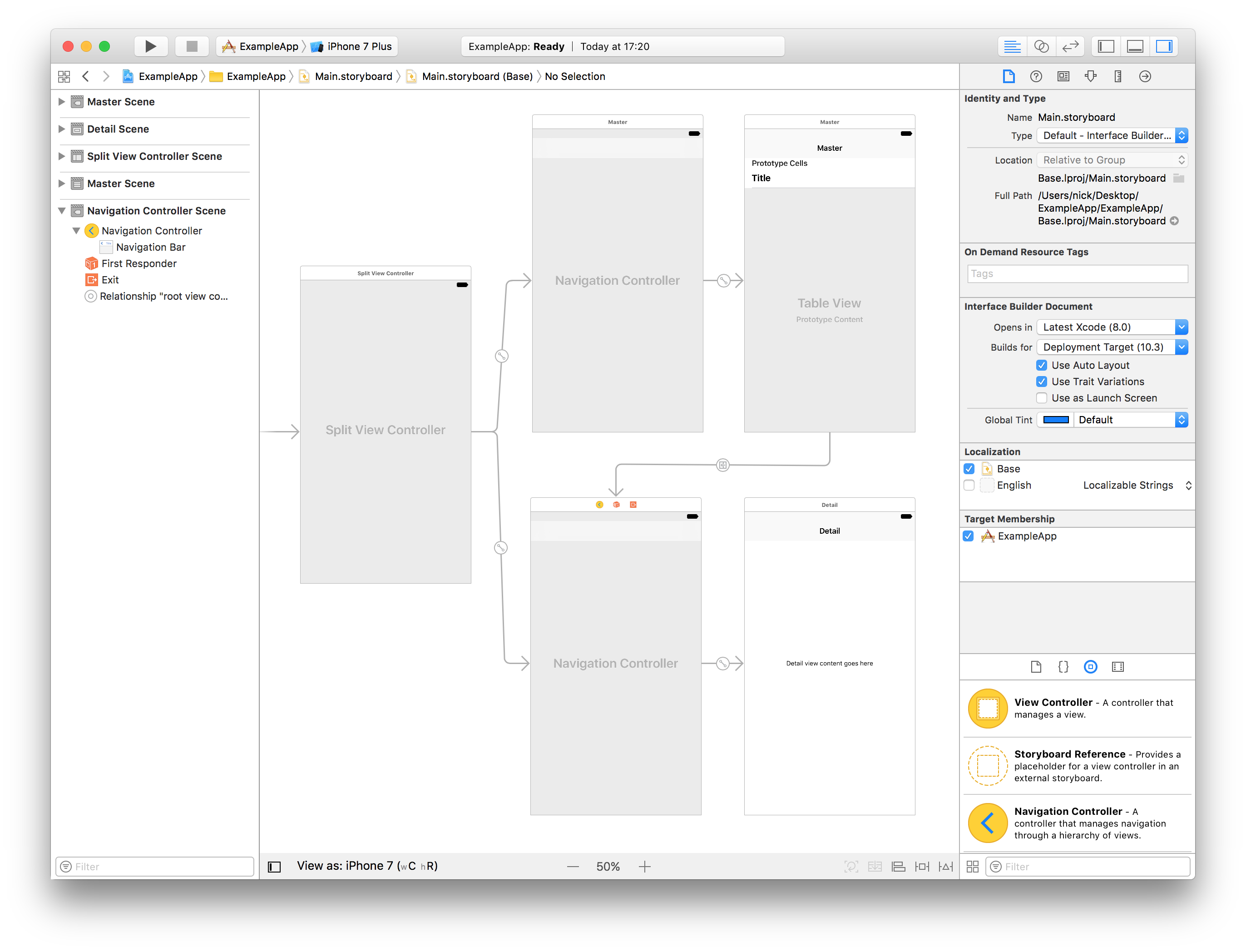 While these problems have remained unsolved since its inception, Interface Builder has acquired new ones:

In the face of these problems, why not simply ignore Interface Builder and create views in code?

The Trouble with Hand-Coding UI

The most common alternative to using Interface Builder for UI is to create all your views programmatically. But this approach has its own problems:

This last point is perhaps the most important: Ultimately, any deviation from Apple’s status quo carries a cost.

The Trouble with 3rd Party Solutions

There are many existing 3rd party frameworks that address some of the issues, but none that meet all of our requirements:

Over the years we have seen many such 3rd party development tools come and go, but the majority fail to gain significant traction because the pros so rarely outweigh the cons.

By adopting a nonstandard tool you run the risk that it will be slow to support new iOS features, or that its developers will stop maintaining it altogether. Even if it has a strong development community behind it, that community is a tiny fraction of the of the total iOS developer base – that impacts your ability to find developers who can work on your product, or to find solutions to bugs on Stack Overflow, and so on.

In light of that, it seems like creating our own UI framework may seem like an odd decision, so why build our own tool? In short, because the problems are real, and the potential benefits of solving them are worth the risk.

But if we are going to pay the cost of adopting a nonstandard tool, it better be something we are comfortable using, that meets all of our requirements, which we can maintain ourselves, and which is easy to migrate away from again if our requirements change.

That’s where Layout comes in.

Layout (available here from Schibsted’s github page) is a drop-in replacement for Nibs and (to some extent) Storyboards, based on human-readable XML files that can easily be edited and merged.

In place of hard-coded constraints, Layout offers dynamic, parametric layouts via the use of runtime-evaluated expressions (more on these later).

In place of WYSIWYG editing, Layout offers live reloading, so you can make tweaks and bug fixes to your real UI, in-situ, without recompiling the app.

Like Nibs and Storyboards, Layout uses reflection to automatically recognize and bind components at runtime, so there is no need to create plug-ins for your existing view components – they will mostly just work without changes.

Unlike Nibs and Storyboards, Layout’s runtime bindings are fully type-checked and crash-safe if used correctly. Type or naming errors are detected statically and reported at the first opportunity, not deferred until a button is pressed or an outlet is accessed.

Layout is written in 100% pure Swift code. There is no reliance on JavaScript or any other resource-hungry scripting language.

Most importantly, Layout is not a replacement for UIKit. It is not a cross-platform abstraction, and it does not provide its own UI components – everything that Layout puts on the screen is either a standard UIKit view, or an ordinary UIView subclass that you have built yourself.

It is easy to add Layout to an existing project, easy to use existing components, and easy to remove it again if it’s not the right fit. You can use a handful of Layout-driven screens or components in an otherwise standard app, and it need not affect your app architecture in the slightest.

Layout’s XML files describe view properties in terms of runtime expressions, powered by the Expression library. Expressions are simple, pure functions that allow dynamic values to be specified in a declarative fashion.

In recent years, the development community has come to the realization that traditional, procedural code that relies on mutable state is a difficult way to manage complex logic such as user interfaces. Frameworks such as Facebook’s React have demonstrated a simpler, more maintainable approach to UI based on the composition of pure functions that take state as an input and produce a view hierarchy as the output.

Apple’s own AutoLayout framework is also based on this idea, replacing complex procedural code with dynamic constraints that can describe flexible layouts mathematically instead of programmatically.

So why doesn’t Layout just use AutoLayout for view positioning? It would be relatively simple to specify AutoLayout constraints in XML and rely on that for positioning views, so why reinvent the wheel?

Despite its name, the scope of Layout goes beyond merely laying out views – it can be used to configure essentially any property of a view, not just its size and position. And because these properties are specified in terms of expressions rather than static values, the ability to describe flexible layouts comes essentially for free.

So Layout doesn’t use AutoLayout because it would be redundant – you can replicate all the features of AutoLayout using expressions, as well as more complex behaviors that cannot easily be described in terms of AutoLayout constraints.

With that said, Layout does interoperate nicely with AutoLayout-based views. If a view has internal AutoLayout constraints, Layout will use those to determine its size.

Here is an example. This is the native Swift code in the view controller which loads the XML template and passes in some constants to use:

The XML describes a UIView containing a UIImageView and a UILabel:

All the dimensions here are flexible: The image and label are sized to fit their content; the container view is set to 100% of the width of its container, and its height is set to auto + 20, which means it will fit the height of the image view or label (whichever is larger) plus a 10-point margin on either side.

The image view’s width is determined to be whichever is the larger of its intrinsic width or height (determined by the source image), and the height is set to match the width, so that it is always square. The label is positioned 10 points to the right of the image view, and the image view and label are both vertically centered in their container.

The expressions used to calculate the value for each layout property should look familiar to any iOS developer – they are very much like the layout code you might have written inside a layoutSubviews method in the days before AutoLayout. But these expressions are not compiled Swift code, and they can be tweaked and debugged without rebuilding the app.

Below, you can see the resultant view as it would appear in portrait and landscape on an iPhone:

Developing a pixel-perfect layout involves a lot of iteration, and developer productivity depends on making that process as fast and painless as possible. Layout’s solution to this is live reloading, a mechanism which allows Layout to reload XML files on-the-fly without recompiling the app.

Live reloading works by scanning your project directory for layout XML files and matching them up to the versions bundled in the built application. Layout then loads these files preferentially over the bundled file. If Layout cannot locate the file it will display an error, and if it finds multiple candidate files, you will be asked to choose which one it should use.

Layouts can be reloaded at any time using the Cmd-R keyboard shortcut when the simulator has focus.

Unlike React Native, Layout’s live reloading system is serverless, and does not rely on any background processes. The live reloading code is encapsulated inside your app, and only included in apps built for the simulator, as a real iOS device doesn’t have access to your Mac’s file system.

Almost any mistake you make in a Storyboard will result in a crash inside UIKit, leaving you hunting through the console log trying to work out where you went wrong. Layout’s live reloading feature wouldn’t be much use if every typo resulted in a crash, so instead we have the Red Box.

The Red Box (a concept borrowed from React Native) is a fullscreen error dialog that appears whenever you make a mistake in your XML. Whether it’s a syntax error, a misnamed property, or a circular reference in one of your expressions, the Red Box will tell you exactly where you went wrong, and a tap will dismiss it again once the problem has been corrected.

Layout’s error handling is enabled in production apps too, so you can intercept and log production errors, and then either crash or fail gracefully at your own discretion.

While Nibs or Storyboards can be loaded from a remote URL, there is no official support for this in UIKit, and doing so is very unsafe, as a mismatch between app and Storyboard versions may result in an untrappable crash.

Layout supports asynchronous loading of remote XML files and has the basic infrastructure in place for over-the-air UI updates. Errors can be trapped and handled gracefully, so that the app can roll back to a safe state in the event of a bad update.

There are a number of rough edges in iOS development, and Layout takes the opportunity to simplify those wherever possible. For example:

Though it has only been in development for a few months, Layout has already been integrated into several Schibsted apps, and is running in production on the App Store.

In the next few months, we’ll be focussing on:

We’re really excited about Layout’s potential, which is why we’ve decided to open it up to the wider iOS community. Your feedback will help it to grow faster, and to expand it support new use cases beyond our requirements at Schibsted.

The Layout framework on Github: