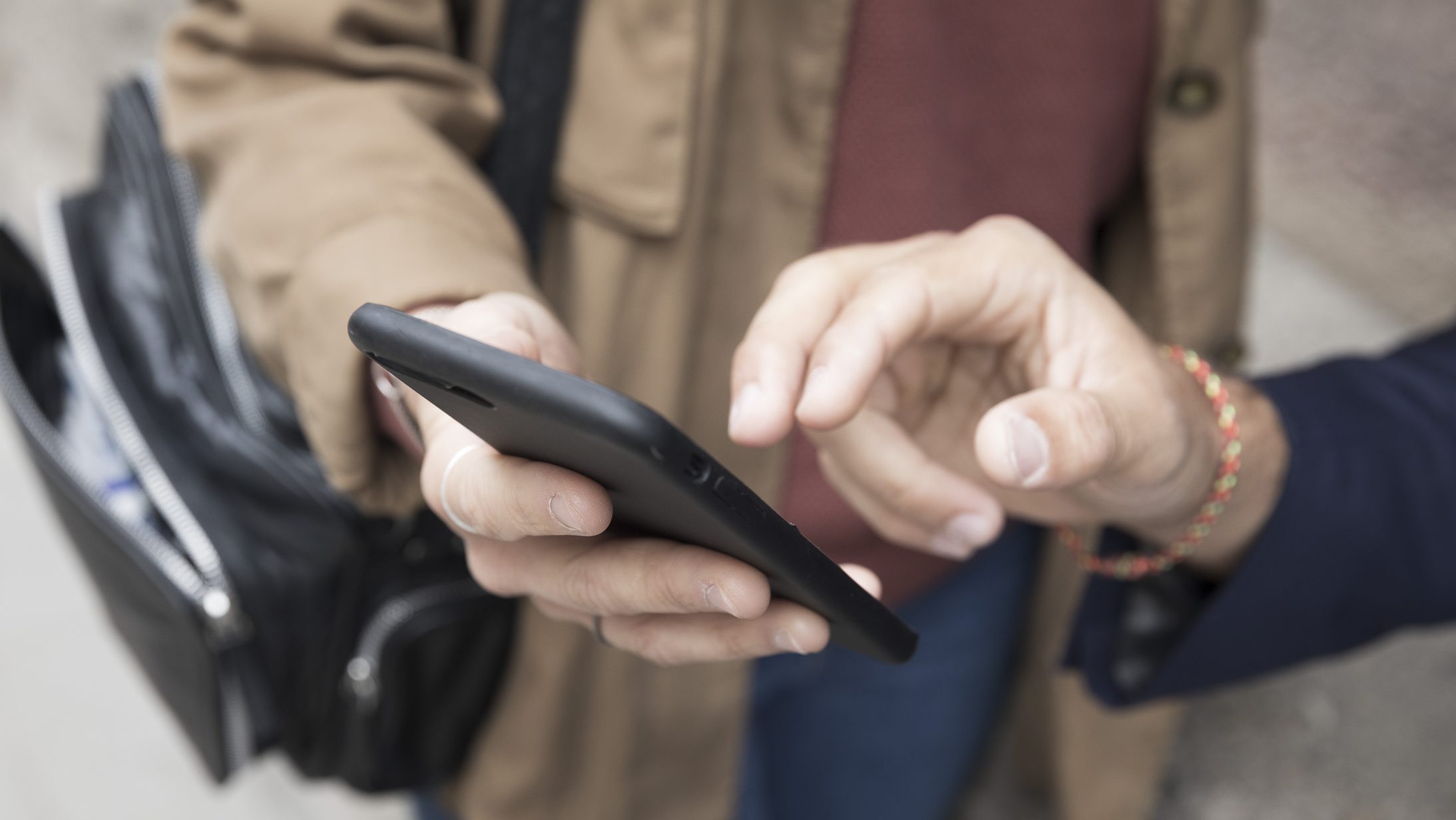 Below is a summary of certain Norwegian legal issues related to shareholding in Schibsted ASA (referred to below as the “Company”).

This summary does not purport to be a comprehensive description of all the legal rights and obligations that may be relevant to the shareholders in the Company and does not address legal issues regulated by other than Norwegian law. The summary is based on applicable Norwegian laws, rules and regulations, as they exist as of the date set out below. Such laws, rules and regulations are subject to change. The summary is solely intended to provide brief introductory information and does not address all aspects that may be relevant. The information in this summary is subject to change without notice.
Dated: 7 November 2011

The Company’s home-state for requirements for periodic information according to the Norwegian Securities Trading Act section 5-4, disclosure requirements of acquisitions of large shareholdings, rights to shares and voting rights section 4-2, obligations to prepare prospectus section 7-7 (4), cf. section 7-9 is Norway.

Norway has implemented the EU Takeover Directive (Directive 2004/25/EC). The take-over supervisory authority is Oslo Børs. The Norwegian take-over rules distinguish between voluntary and mandatory offers. A voluntary offer is an offer that, if accepted by the recipients of the offer, triggers a mandatory offer obligation for the offeror. A mandatory offer for the remaining shares in the Company is triggered if the offeror (either through a voluntary offer or otherwise) becomes owner of more than 1/3 of the voting rights in the Company (with repeat triggers at 40% and 50%).

• The Mandatory Offer Threshold: Any person, entity or consolidated group who becomes the owner of shares representing more than 1/3 of the voting rights of in the Company (with repeat triggers at 40% and 50%) must within four weeks, make an unconditional general offer for the purchase of the remaining shares in the Company. A mandatory offer obligation may also be triggered where a party acquires the right to become the owner of shares which together with the party’s own shareholding represent more than 1/3 of the voting rights in the Company and the take-over supervisory authority decides that this must be regarded as an effective acquisition of the shares in question.

• Announcement: When a mandatory offer obligation has been or will be triggered, the relevant shareholder shall immediately notify the take-over supervisory authority (who will publish the notice) and the Company accordingly. The notification shall state whether an offer will be made to acquire the remaining shares in the Company or whether a sale will take place. As a main rule, a notification to the effect that an offer will be made cannot be retracted.

• The Offer Price: The offer price per share must be at least as high as the highest price paid or agreed by the offeror for the shares in the six-month period prior to the date the threshold was exceeded. However, if it is clear that the market price was higher when the mandatory offer obligation was triggered, the offer price shall be at least as high as the market price. If the acquirer acquires or agrees to acquire additional shares at a higher price prior to the expiration of the mandatory offer period, the acquirer is obliged to restate its offer at such higher price. A mandatory offer must be in cash or contain a cash alternative at least equivalent to any other consideration offered.

• Sanctions: In case of failure to make a mandatory offer or to sell the portion of the shares that exceeds the relevant threshold within four weeks, the take-over supervisory authority may force the acquirer to sell the shares exceeding the threshold by public auction. Moreover, a shareholder who fails to make an offer may not, as long as the mandatory offer obligation remains in force, exercise rights in the Company, such as voting in a general meeting of shareholders, without the consent of a majority of the remaining shareholders. The shareholder may, however, exercise the right to dividend and pre-emption rights.

• Conditions: Completion of the offer may be made subject to conditions.

• Subsequent Mandatory Offer and/or Compulsory Acquisition: If completion of a voluntary offer triggers a mandatory offer obligation for the offeror, then a mandatory cash offer for the remaining outstanding shares must be made. However, if the offeror holds more than 90% of the shares and votes in the Company following a voluntary offer, a squeeze-out of the remaining minority shareholders can be carried out without a preceding mandatory offer.

Compulsory acquisition (squeeze-out right and sell-out right) in respect of the shares in the Company is regulated by section 4–25 of Norwegian Public Limited Companies Act and section 6-22 of the Norwegian Securities Trading Act. Translation into English of the full text of this legislation is available at the web sites listed below:

Compulsory acquisition is not subject to supervision by the take-over supervisory authority.

• Compulsory Acquisition Following a Voluntary Offer: If a shareholder acquires shares representing more than 90% of the total number of issued shares, as well as more than 90% of the total voting rights, following a voluntary offer, a compulsory acquisition can, subject to the following conditions and approval by the by the take-over supervisory authority, be carried out without such shareholder being obliged to make a mandatory offer: (i) the compulsory acquisition is commenced no later than four weeks after the acquisition of shares through the voluntary offer, (ii) the price offered per share is equal to or higher than what the offer price would have been in a mandatory offer, and (iii) the settlement is guaranteed by a qualified financial institution.

• The Offer Price: A majority shareholder who effects a compulsory acquisition is required to offer the minority shareholders a specific price per share. Where the offeror, after making a mandatory or voluntary offer, has acquired more than 90% of the voting shares of the Company and a corresponding proportion of the votes that can be cast in the general meeting, and the offeror completes a compulsory acquisition of the remaining shares within three months after the expiry of the offer period, the redemption price shall be determined on the basis of the offer price, absent specific reasons indicating another price. A minority shareholder may, within a specified deadline of at least two months’ duration, object to the offer price and request that the Norwegian courts determine the offer price.

Trading in the shares in the Company is subject to the shareholding disclosure regulations of Norway. Here is a brief introduction to the obligations imposed on shareholders under these rules. Shareholding disclosure obligations applicable to shares in the Company are regulated by sections 4-2 and 4-3 of the Norwegian Securities Trading Act and chapter 4 of the Norwegian Securities Regulations. Translation into English of the full text of this legislation is available at the web sites listed below:

• The Thresholds for Disclosure: If a person’s, entity’s or consolidated group’s proportion of shares and/or rights to shares in the Company reaches, exceeds or falls below the respective thresholds of 5, 10, 15, 20, 25%, 1/3, 50%, 2/3 or 90% of the share capital or the voting rights of the company, the person, entity or group in question has an obligation to notify Oslo Børs immediately, who will publish the notice. The same applies if the disclosure thresholds are passed due to other circumstances, such as a change in the company’s share capital.

• Notification: Notifications shall be made immediately following agreement on the transaction and can be sent to Oslo Børs by e-mail: ma@oslobors.no, who will publish the notice. Notifications that have been published are available at www.newsweb.no.

• Additional Requirements for Primary Insiders: There are additional disclosure obligations for so-called primary insiders in the Company (i.a. management, directors and shareholders represented on the board), regardless of the number of shares held.

On 21 July 2020, Adevinta ASA entered into a transaction agreement with eBay Inc. pursuant to which Adevinta will acquire eBay Classifieds Group. Schibsted is a major shareholder in Adevinta, holding approximately 59% of the currently issued share capital in Adevinta, and thus a related party to Adevinta. It has been agreed that Schibsted Nordic Marketplaces AS, a wholly owned subsidiary of Schibsted, shall acquire eBay Classifieds Scandinavia ApS in connection with completion of the Transaction. This statement is made by the board of directors of Schibsted ASA pursuant to section  3-19 of the Norwegian Public Companies Act 1997 no. 45. The statement can be found here.