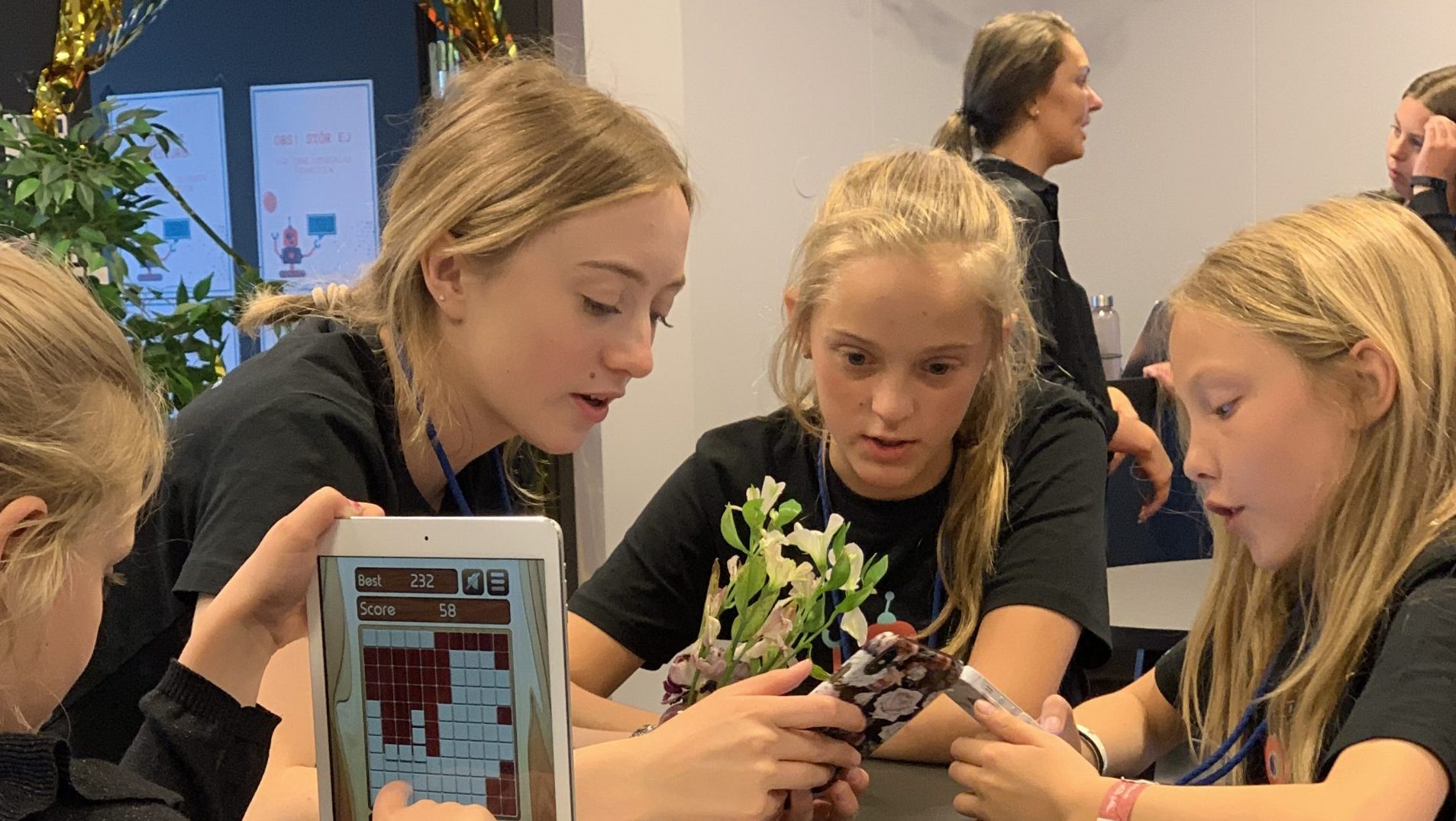 Usually Johanna is a student at KTH, the Royal Institute of Technology, in Stockholm where she’s studying to become an engineer in media technology. When she learned about the coding camp at a fair at school she immediately knew she wanted to work with it.

”I liked the idea of the camp and also the possibility to work at Schibsted.”
Together with other university students she has worked as a coding teacher at Kids Coding Camp and has now participated in educating some 60 kids.
And she has also been having fun – during the camps they do everything from playing games to programming and solving problems.

”The engagement from both parents and kids is amazing. It is incredible to watch the kids grow, learn new stuff and being so curious to know more”, says Johanna.

Some of the children have never been block programming before, others do it every week in school. Johanna herself knew early on that she was into technology, finding maths fun and pretty easy. She went to a technology high school in Gothenburg which gave her the chance to apply to KTH.

”I knew I wanted to study something challenging and media technology is both creative and technological. I’m studying things like machine programming, applied computer science and interaction between man and machine”, she explains.
But she has also learned a lot at Kids Coding Camp.
”Above all how you teach people who have never programmed before how to get started with a project. This, I think, will really be useful for me in my own career.”

So what is the coolest idea that has come out of the camp this far?
”There are so many! But one of the youngest girls really made an impression on me. She was into storytelling and programmed a video with characters she had drawn herself. The way she developed the story and created alternative endings was very impressive”.