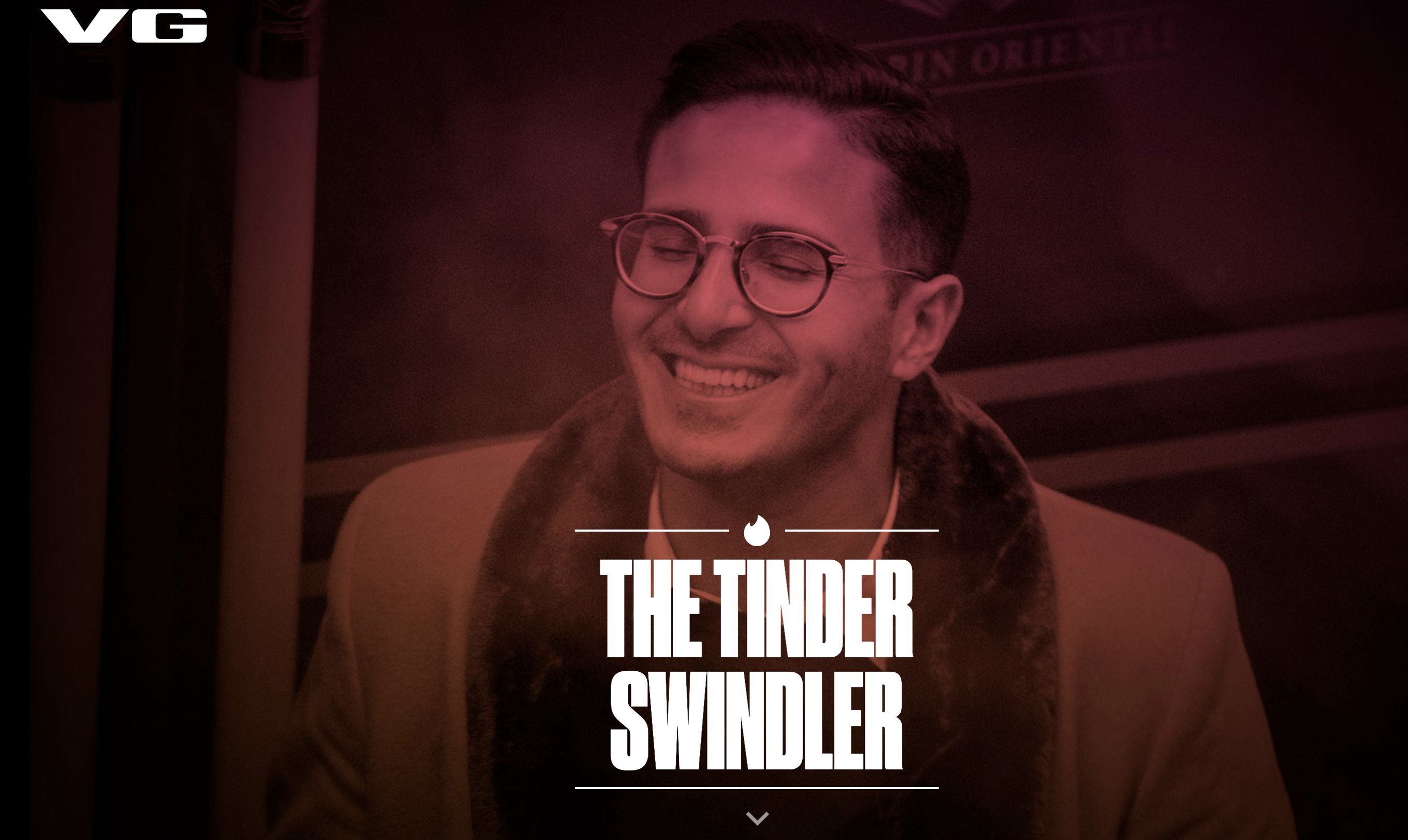 Private jets, fraud and Tinder: These are the key words to describe the story about the Tinder swindler Simon Leviev. He seduced and swindled young women for millions and was a fugitive from justice in several countries. He found his victims on the dating app Tinder and then seduced them with a luxurious lifestyle.

They believed they were dating a wealthy businessman, but women he has swindled before were paying for everything. Norway’s biggest newspaper, VG, spent six months chasing him across several continents. They found him in Germany, at one of Europe’s most fashionable hotels. The story about the Tinder swindler has been read and shared all over the world. At the time of publication, the incredible storyline, combined with its innovative presentation, made it the most-read article of all time in VG.

Since it was  published, new victims have come forward and told their stories. Before and after our initial publication VG interviewed women and families in Israel, the Netherlands, Germany, England, Sweden, Denmark, Norway and the US who were scammed by the same man. Simon Leviev was arrested in Greece for using a false passport in July 2019. That created a lot of media attention around him. He is currently in prison in his home country of Israel serving a sentence for fraud crimes committed there.

The story in english