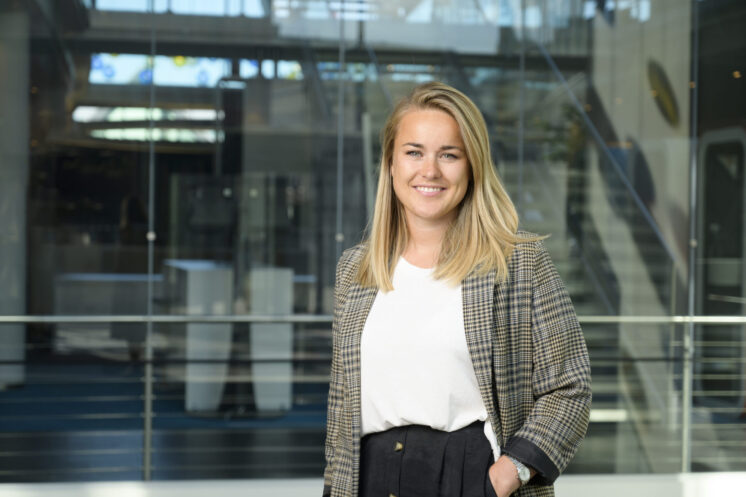 A conversation with a former Schibsted trainee at a career fair gave Mari-Marthe Aamold what she calls a “career crush” – a crush that has turned into a lasting love affair.

– I had been curious about Schibsted and the trainee program for a long time when I reached the end of my studies. I can recall a conversation I had with a Schibsted trainee once at a career fair where the curiosity turned into something more similar to a teenager’s crush type of admiration: I really wanted her job, and I really wanted to be her friend. That had to be a winning combination for a workplace I remember thinking, she says.

Now CFO and general manager of the Schibsted news brands Stavanger Aftenblad and Bergens Tidende, that first infatuation has definitely not died down. And her time in the trainee program is still one of the highlights of her life.

– The experiences, the people I met, all the cool things I got to test and try, goals that I set for myself, and the people that helped me along the way. The group of trainees that I shared the two years with are in themselves probably the biggest highlight. They were both colleagues, lunch friends, some of them roommates, and have become just really good friends. A fellow trainee summed it up quite beautifully at the end of the program when called us «friends that are colleagues, but foremost friends».

It was not just the other trainees who were a great support and help during the trainee period. Having a good mentor has also been essential in her professional development, Mari-Marthe believes.

– I once heard a TED talk where the speaker claimed that people that had mentors early in their careers tended to be more successful afterwards. I do not remember the name of the study nor the TED talk, but after having a mentor, and being able to both learn from him, and discuss my own situations and dilemmas along the way, I have no issues believing it can be true.

The most important learnings

Mari-Marthe is grateful she got such a varied and at times challenging time as a trainee. With four different placements during the two year traineeship, she gained valuable insight in the company – as well as new skills she benefits from in her current position.

– Being able to experience different situations during four placements was a kickstart to both working life and Schibsted life, and a great way of learning about the different facets of the company. Being the new guy or girl is always a little difficult in the beginning, but it sure was easier the fourth time when I had picked up a thing or two about what could make me more effectively become a part of the team, she says and continues:

– But the learnings I have found most useful in my current position are probably the ones I did about myself.  What motivated and inspired me, what made me want to skip lunch and work on a Sunday, what gave me energy – and what drained it.