The TV series Sweatshop is AftenpostenTV’s biggest success ever. Now it has won the Gullruten award in the category best reality series. 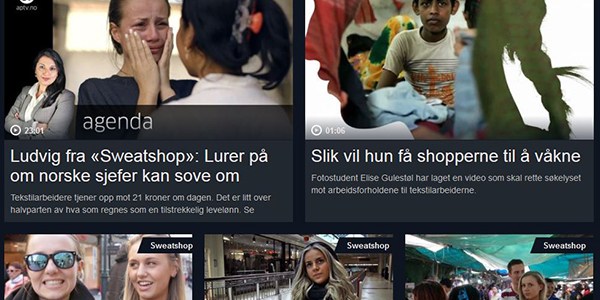 This is the first time a web-TV production has won Gullruten and best reality series.

Read the story on Aftenposten (in Norwegian)

Sweatshop is a collaboration between Aftenposten, the NGO Fremtiden i våre hender (Future in our hands) and Norad (Norwegian Agency for Development Cooperation). Three young Norwegians were sent to Cambodia to live with textile workers that ensure the availability of cheap fashion clothing.

The TV series shocked and engaged an entire generation of teens – not only in Norway. It has engaged hundreds of thousands of youth from Australia to the United States and Germany, wrote Aftenposten’s chief editor Espen Egil Hansen in Aftenposten editorial report (in Norwegian).

The series aired on Aftenposten TV spring 2014 and started getting many views internationally after the director Joakim Kleven was interviewed by Belgian Elle.

And when Hollywood star Ashton Kutcher posted a comment about the series on Facebook, Sweatshop got massive international attention. 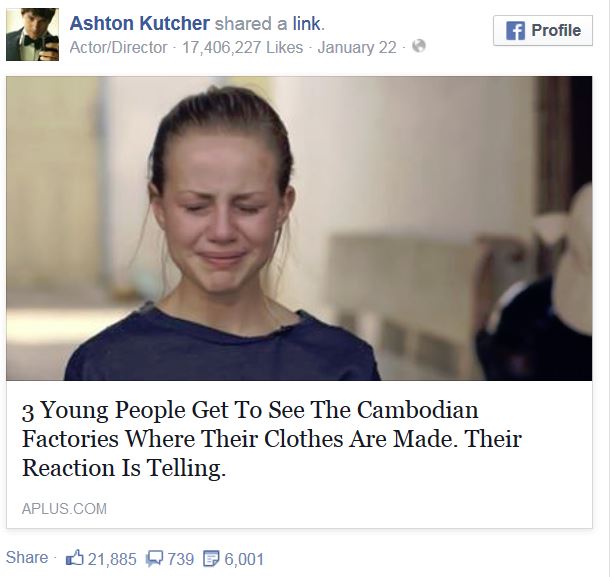