Blocket has released a list of five items that are the most important to re-use for the sake of the environment. 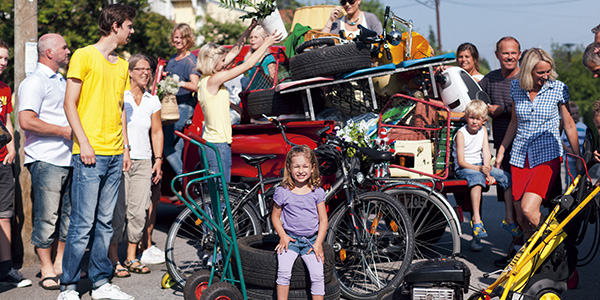 The secondhand trade at Blocket contributed to 0,8 million ton avoided emissions during 2015. The climate benefit is comparable to a standstill of all traffic in Stockholm for one year.

“We are very good at secondhand trade in Sweden, but we can become even better. With our black list we hope that drawers are emptied of old cell phones and that jeans or leather couches never end up as waste on the dump. Most things can be re-used but some items are more important than others to sell or give away because of the large negative climate impact they have. Sell them to someone else and do yourself and the environment a huge favor, “says Linnéa Aguero, Head of Press at Blocket.

Blocket’s black list: 5 things you should never throw away, but always sell or give away:

To produce a pair of jeans requires approximately 11 000 liters of water. The most toxic of all are all the hazardous chemicals that are added during coloring. Black and blue colors are especially harmful.

The production of cell phones and other electronics require not only the use of environmentally dangerous substances such as arsenic and cyanide. These devices also contain several minerals that could be conflict minerals. Extraction of conflict minerals, for example gold and tin, is the underlying and upholding factor in a series of armed conflicts in Central Africa, with serious human rights violations.

Steel production and ore mining are energy intense industries. To lift a load of iron ore from a mine in Kiruna requires the same amount of energy as the whole of Enköping consume during 24hours.

Leather couches require large amounts of food to feed cows, and cows burp and fart out ozone depleting methane gas. On top of that you need steel and trees that must grow for at least 50 years to make the frame of the sofa.

Energy intense goods both in production as well as in usage and finally as waste or recycling. Refrigerators and freezers older than 10 years should rather be handed in to recycling because they contain substances that are hazardous for the planet and people, such as Freon.