Espen Egil Hansen (49) has been appointed publisher of Aftenposten, as the Norwegian media house goes from a dual-leader to single-leader model. 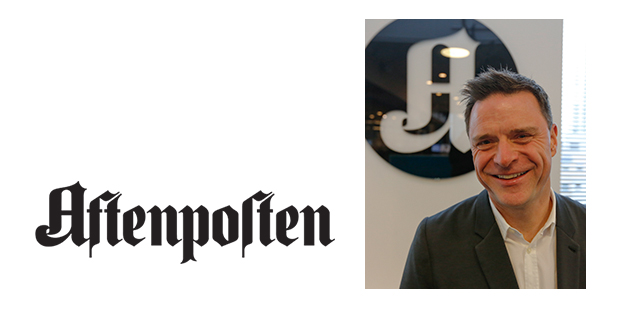 The media house’s transition from the dual-leader to the single-leader model is being made in connection with CEO Sondre Gravir’s recent appointment as CEO of FINN.no.

Espen Egil Hansen has been editor-in-chief of Aftenposten since December 2013. Board Chair Didrik Munch feels that the time has come to consolidate responsibility in a single-leader model:

“Aftenposten now has a management team that works extremely well both editorially and commercially. In addition, in Schibsted Norge we have established strong central units within the advertising and readership markets. Given this situation, the Board now feels that this is the right time to introduce a single-leader model in Aftenposten. Espen Egil Hansen has done an excellent job since taking over as editor-in-chief, and I’m confident that he will do likewise in his new role as publisher of Aftenposten,” says Munch, who is also CEO of Schibsted Norge.

Espen Egil Hansen was editor-in-chief of VG Nett from 2008 to 2011. From 2011 he had editorial responsibility for VG Nett,  VGTV, VG Mobil and VG+ in the combined media house organization. He served as a member of the executive board of the Association of Norwegian Editors between 2009 and 2013, and sits on the board of the International News Media Association (INMA).

“I’ve been with Aftenposten for just over a year and I am proud of all the good things the media house has achieved both journalistically and commercially speaking. We’ve distinguished ourselves as journalists, such as in the mobile bugging story, and we continue to win more readers for our digital products. The media industry is facing major challenges, but Aftenposten has lots of drive and I look forward to leading a united media house with accomplished and enthusiastic employees – and with readers who expect a lot of us,” says Hansen.

Sondre Gravir says it will be sad to leave Aftenposten:

“The decision to leave Aftenposten wasn’t an easy one. It’s a fantastic media house, an amazing product, an important national brand, and with many incredibly talented and friendly colleagues. But I leave an Aftenposten that is showing good trends: we have strong growth in the readership market with increased revenues and a growing readership, we hold a very strong commercial position in digital and in mobile in particular, we have lots of magazines that are growing steadily, and a rate of product development which any organization would be proud of. In addition to all this, Aftenposten has now gained the best publisher it could wish for, so I look forward to following its continued success,” says Gravir.

The publisher model is also used in other Schibsted media houses: Torry Pedersen is publisher of VG and Jan Helin of Aftonbladet.