For the second year in a row, FINN.no has been ranked as the company with the best reputation among Norwegians. 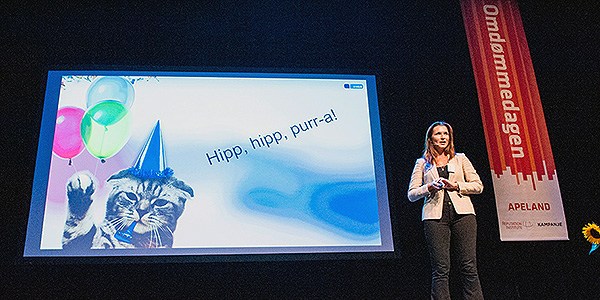 On Tuesday 31 May Apeland published the results from this year’s reputation analysis, RepTrak Norway 2016.

RepTrak Norway is an annual reputation measurement analysis conducted by the communications agency Apeland and Reputation Institute. Scores are based on four questions measuring trust, admiration, respect and good feeling.

FINN.no received a total score of 85.3 out of 100 points, taking it to the top of this year’s reputation ranking ahead of Hurtigruten and Toyota. The reputation of Norway’s 50 most visible companies was measured during the first three months of this year based on a total of 13,420 evaluations.

“What makes this ranking so highly regarded is that it says something about what people generally think about FINN. We’ve always worked decisively on building trust and on creating products and services that people find useful and want to use. We have fun at work and get the chance to work on innovation – and it shows,” says Kristin Sætevik, SVP Organizational Development and Communications at FINN.no.

Scored high on all dimensions

The country’s biggest marketplace, FINN has over 6.8 million unique users weekly. The average Norwegian spends more than 24 hours every year on FINN.no.

“FINN has become a company that people truly love. It has a very good reputation with the population and scores high on all the dimensions we measure. It’s impressive. And it’s due to a combination of a good product and good communication over time,” says Ole Christian Apeland, CEO in Apeland.