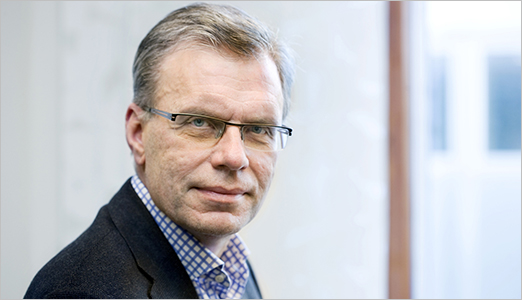 Gunnar Strömblad holds a degree in business and economics from the Stockholm School of Economics. He took over as CFO of Aftonbladet in 1987, at a time when the newspaper was in dire financial straits, and went on to become its CEO (1991-1999). Today Aftonbladet is one of the world’s most successful media companies.

Svenska Dagbladet was also in bad shape when Strömblad took over leadership there. Between 1999 and 2006 he not only saved the newspaper from closure; he also created an organization which today delivers Sweden’s leading quality morning newspaper.

Strömblad was appointed EVP in the group’s parent company Schibsted ASA in 2006 and has since played a key role in the media group’s sales success. He will continue to serve on the board of Schibsted Sverige Tillväxtmedier. Rolv Erik Ryssdal, CEO of Schibsted Media Group, will take over as Chairman of the Board at Schibsted Sverige.

“I have been fortunate enough to have followed Schibsted on its journey towards unparalleled international expansion,” says Strömblad. “It has been a privilege to have made that journey along with so many fine colleagues. Schibsted’s position in the digital area is unique, even by international standards, and holds promise for the future.”

CEO Rolv Erik Ryssdal thanked Strömblad for his work for the group:

“Gunnar Strömblad has been a key figure in Schibsted’s companies for the past 25 years. There is no doubt that he has contributed to the situation – and the diversity – of today’s Swedish newspaper market, in the face of fierce and stiff competition. Without Gunnar Strömblad, Svenska Dagbladet would not have existed today. Gunnar has also had a large part to play in Aftonbladet’s success story.”

“I would like to thank him for the fantastic work he has done and to wish him all the best as he begins a new chapter in his life,” says CEO Rolv Erik Ryssdal.