After nine years in Aftenposten Hilde Haugsgjerd has asked to be replaced. She has been a driving force in the media house’s restructuring process. 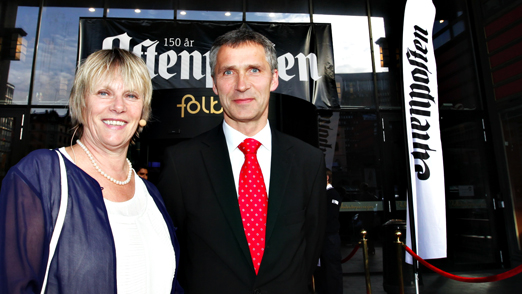 Haugsgjerd became Editor-in-Chief in 2008. Her contract stipulates that she resigns at age 62; however she has now chosen to leave a few months earlier.

“There are several reasons why I believe this is a better solution than waiting until next summer. There are some big projects going on this fall at Aftenposten that I have had editorial responsibility for, such as a digital payment solution, a renewal of A-magasinet and a development plan for Aftenposten in the next three or four years. Therefore, it’s seems natural to leave now that these projects are concluding,” Haugsgjerd explains.

Didrik Munch, Chairman of Aftenposten, says Hilde Haugsgjerd has been a driving force in Aftenposten’s restructuring process. She has also fronted the media house’s entrance into the digital world while at the same time implementing vital measures in the print newspaper.

“Hilde has left visible marks both on print and digitally. She has been an important contributor in the launching of new products such as Aftenposten Junior and the culture magazine ‘K’. At the moment she is at the helm of an important strategy project which will be of great significance for both the digital and print development of Aftenposten. I have great respect for her decision to step down, and we will start now to look for her successor. We will spend the time necessary on finding this person as we know that Hilde will continue doing a great job until a new Editor-in-Chief is in place,” Munch says.