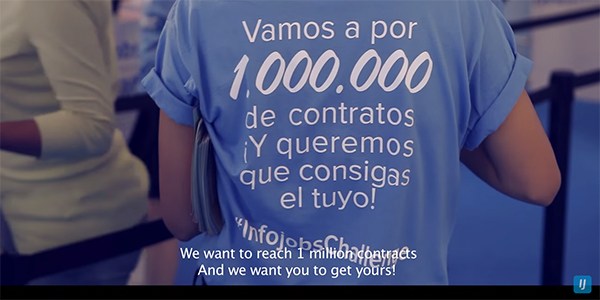 In 2014, more than 700,000 people found employment in Spain thanks to InfoJobs. In 2015, Spain’s leading employment portal aims at reaching the one million mark.

“We’ve launched the InfoJobs Challenge initiative with the aim of helping candidates improve their work situation and prepare them to find the job they are looking for,” says Jaume Gurt, CEO of InfoJobs.

To kick start this goal, InfoJobs brought together in Madrid coaching professionals and HR experts to help candidates improve their job opportunities.

The event attracted hundreds of participants and long lines of people.

Through simultaneous activities, participants were able to optimise their job profile and take part in speed coaching sessions, mock interviews and motivational talks.

Participants were also able to sharpen their skills and get advice from top-level companies such as IKEA, Securitas Direct, Phone House, Randstad and Grupo Vips, as well as swimmer Gemma Mengual and the renowned broker and tri-athlete Josef Ajram.

The CEO of InfoJobs Jaume Gurt captivated the audience with motivational talks about business success, personal growth and the benefits of adversity.

The event also attracted influencers and media attention and was featured on the Spanish Channel Antena 3.

With an unemployment rate above 20%, initiatives like InfoJobs Challenge are a step towards easing Spain’s difficult employment situation.

“Empowering people in their daily life is Schibsted’s mission, and also the main goal of InfoJobs Challenge. We hope that by the end of 2015 we will have contributed to empowering and changing the lives of more than one million Spanish jobseekers.  We also look forward to making this figure grow exponentially year by year,” says Frode Nordseth, CEO of Schibsted Spain. 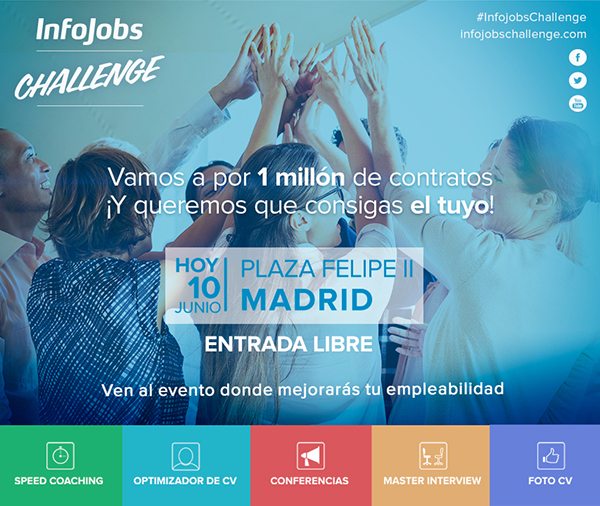