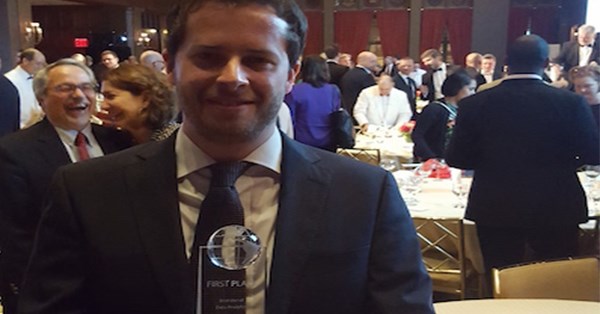 “It’s a great example of how Schibsted can execute locally, but think globally”, said Alexander Svanevik, Data Science Manager. “The model was first built for Aftenposten, but it took a mere 2 hours to scale it to Bergens Tidende, Stavanger Aftenblad, and Fædrelandsvennen”.

This project was a collaboration between Schibsted Norway Subscription Media, User Modeling, and Insights.

“This was a team win, but I would like to highlight Ciarán’s contributions in particular. Ciarán has been a role model in his ability to collaborate with many different stakeholders and drive this whole process forward. He has shown that building a model is only half the work – you need to own your output to make sure you have true impact”, said Alexander Svanevik.

“We also would not have won this had it not been for Eivind Fiskerud first reaching out to us in 2016 and then finally making the INMA submission itself. Eivind has been another key player in this effort”, Alexander Svanevik said.

How the Subscription Purchase Prediction works

Growing digital subscriptions is a strategic priority for Schibsted newspapers. Knowing if a user is ready to buy or not can help us run more efficient campaigns on our own sites and in other channels.

The main objectives of the purchase prediction project was to understand how user behavior on the Aftenposten site relates to purchasing, and to develop a prediction model to identify news readers likely to buy a subscription.

A key goal of the project was to develop the prediction model in a site-agnostic way, so as to easily scale it to all publishers in Schibsted Media Group.

This award can be compared to the Oscar for people working in data crunching in the media business.

– Data from Aftenposten CRM system on which users have purchased or churned subscription ownership, and when.

By combining these data sets the team could understand the differences in behaviour of users who purchase versus those who don’t purchase a subscription, and then to create a model that can predict each user’s chance of purchasing.