Leboncoin has created a brand communication campaign that focuses on the story and the second life of items sold on Schibsted’s French classifieds site. 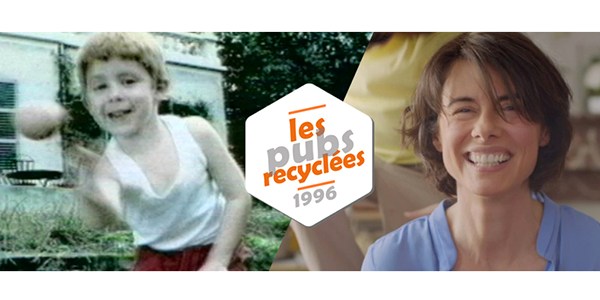 Leboncoin.fr is proud to present its new advertising campaign called ‘Recycled Ads’. The campaign has been broadcasted since late May on French television. The goal of the campaign is to show that every item has a story, simple or complex, and full of memories and emotions. The three ads tell the items’ story from their users’ perspectives, revealing the second life of their goods. #objetculte

“This brand communication campaign focuses on the passing of time and the relationship between the items and their owner, emphasizing the second life of objects,” says Virginie Colonnier Poirel, Brand and External Communication Manager at Leboncoin.

In its second brand campaign, leboncoin underlines this concept by restaging and offering a new life to the iconic advertisements of the 1970s, 80s and 90s, such as the Vedette laundry machine, Rubik’s cube and the Petit Bateau childrens’ clothes brand.

The main idea behind the campaign is to show how Leboncoin is an incredible “machine” for giving objects a new life.

In addition to broadcasting the campaign on different French TV channels with good audience, Leboncoin has also created a successful presence and teaser campaign on Facebook and Twitter. A pushdown video for the brand campaign accompanied by a fans acquisition campaign has so far received more than 100,000 likes, and has reached over 1.2 million people on Facebook.

“For the first time, we have also made use of a pushdown video on Leboncoin’s homepage, which has had a very good click rate,” says Virginie Colonnier Poirel.

The campaign will continue running for a while, in different phases. Later this summer the users will be invited to create similar ads based on the story of their own products. These best advertisement videos will then be screened on TV in the late fall.