Rock icon Iggy Pop once again stars in a video campaign to make Leboncoin the reference website for real estate in France.

Over the last year, the French Schibsted Classified Media site Leboncoin has worked on building image and brand preference through several viral films depicting ‘les incroyables rencontres’ – the incredible encounters – that may emerge from the transactions that take place among the users of the site.

Previous videos have featured celebrities such as the British singer Lily Allen and the French band Chico et les Gypsies. The campaign won the online advertising category in the Grand Prix Digital Marketing Strategies 2014 in France.

One of the most popular videos featured rock icon Iggy Pop who sold his guitar to a very lucky Leboncoin buyer. This time, the artist behind rock’n’roll classics such as ‘Lust for Life’ and ‘Search and Destroy’ is shedding some of his celebrity sparkle in a video about buying and selling real estate on Leboncoin.

In the film, a couple is looking at real estate and the husband is fanatically searching through the apartment to find Iggy Pop.

“The film is a hat tip or reference to our last campaign, expressing that on Leboncoin, you won’t necessarily find Iggy Pop, but you will absolutely find everything else you may be looking for,” says Pauline Rousseau, Communication Manager at Leboncoin.

The campaign aims to make Leboncoin ‘the’ website for real estate online, based on the the company’s values: proximity, sharing, generosity and joy. The main message is that “on Leboncoin, sometimes you will find Iggy Pop, but mostly you will find two million real estate ads”. 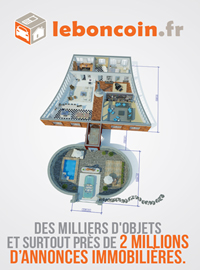 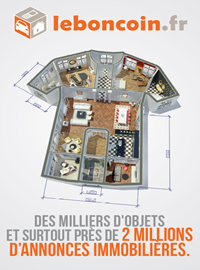 Apart from circulating virally, the campaign also consists of three different bonus cuts for TV and cinema screens, in addition to a billboard campaign.