At the Capital Markets Day in March 2019, Schibsted announced the plan for Lendo to expand into new markets in Europe.

Lendo has invested around NOK 100 million in EBITDA for its expansion to Austria, Denmark and Poland in 2019 and was planning for a similar level in 2020. However, given the uncertainties introduced by the COVID-19 pandemic, management has decided to reduce the level of investments in the geographic expansion.

“The demand for Lendo’s services has been rather stable over the last couple of weeks. But COVID-19 will most likely impact us to a higher degree than we have seen so far, and we need to prepare. As a consequence, we are adapting to the situation by focusing on fewer markets while ensuring we have a foundation for future growth”, says CEO for Lendo Group Roar Bjærum.

The measures announced today in Lendo include closing down operations in Poland and significantly scaling down in Austria by reducing the number of employees and cutting back on marketing.

“In contrast to Denmark, these two markets have not been growing as we had hoped. Significant investments and time would still be needed to succeed, something we cannot prioritize in the current situation with COVID-19,” says CEO for Lendo Group Roar Bjærum.

“Lendo has built a significant revenue base with solid profitability on the back of its strong positions in Sweden and Norway. We are confident about the long-term possibilities that lie within this business and will continue pursuing growth with persistent force while ensuring cost-effective operations. For new markets, we are aiming for a soft launch in Spain in 2020, albeit somewhat delayed, and we are exploring other markets for future growth”, says CEO for Lendo Group Roar Bjærum. 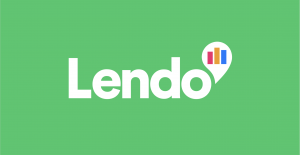