Since its launch four years ago, the company has published 12,285 offers and sold more than two million deals..

70 percent of Let’s Deal customers buying products, services, and travel are women and 30 percent are men. The average age is 37, and most customers live in the cities. Let’s Deal is now up and running in Stockholm, Gothenburg, Malmö, Linköping, Norrköping and Uppsala.

“It took us only three months to save the first million: today we achieve that
in less than 24 hours,” says founder and CEO Alexander Hars, and adds: “With our model, everyone’s a winner: the companies win new customers and the consumers save money when they discover new favorite places.” 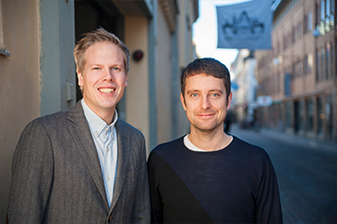 Some deals are more popular than others:

Tuesday is the day when most Swedes take up offers. Which offers catch on with customers varies between the cities. In Gothenburg they like coffee breaks and lunches. In Stockholm it’s events and experiences. In Linköping, appearances matter, so dental examinations and tattoos are high on the list. In Norrköping, the favorites are burgers from Burger King and, rather surprisingly, horseback rides on Icelandic horses. Malmö’s inhabitants like burgers, too, but prefer bowling to horse riding.

Otherwise, tech gadgets and headphones are popular everywhere, and weekend city breaks are the most popular travel offers.

Some of the more eccentric deals the company has offered include:

• Buy a Lord or Lady title
• Zombie apocalypse escape in a 6,000 sq. m. derelict mining complex
• The pillow that lets you sleep anywhere