As Groupon leaves Scandinavia, Let’s deal’s already leading grip on the daily deal market is strengthened in Norway and Sweden. 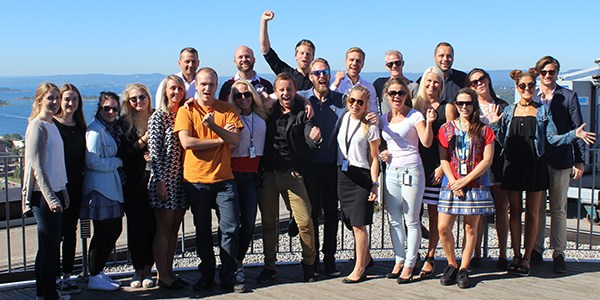 In 2011, Groupon made the second biggest initial stock exchange offering in history, creating an enormous interest in the media worldwide. Headlines such as ‘Fastest growing company in history’ were commonplace in the major tech blogs, national newspapers and magazines, and their worldwide expansion was already set in motion at the time of the public offering. Four years later, Groupon is pulling out of Norway and Sweden after going from market leader to a smaller player in both markets, while Schibsted’s Letsdeal.no and Letsdeal.se keep on growing.

“But it’s important to emphasize that we are not celebrating Groupon’s demise. Throughout Let’s deal’s history we have had huge respect for our competition, and people losing their jobs is never a good thing. What we are celebrating, however, is our employees, and their commitment to creating a company and a culture determined to deliver an excellent product to our partners as well as to our customers. We will not rest on our laurels. The news is proof of our strategy of working long-term to build a strong organization.”

As the press release reached the newspapers in the middle of November, Groupon.no and Groupon.se were already shutting down their services.

“We were surprised to see the fast shutdown. Even though they have been cancelling operations in local markets over the last months, we chose to interpret the moves as signs of centralization, moving their focus on local deals over to international products and services. We will be keeping a close eye on how the market reacts to the shutdown, and we are determined to keep building a great site. We don’t believe we have reached maturity yet. But we’re getting there, one step at a time,” says Keller.