Schibsted’s own VP of Venture Foresight, Azeem Azhar, has been named one of the UK’s top influencers in LinkedIn’s Top Voices of 2016 chart. 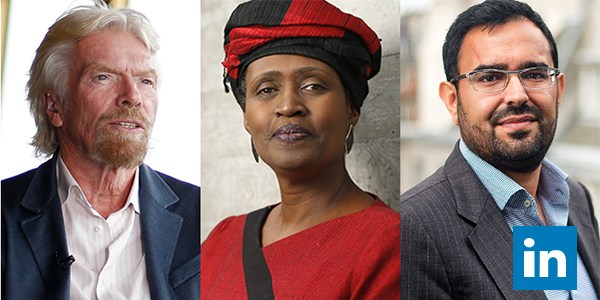 Congratulations to Azeem Azhar, who is joined on the distinguished list by five other writers whose words stood out during 2016: Sir Richard Branson, Sir Martin Sorrell, James Caan CBE, Winnie Byanyima and Meabh Quoirin.

2016 is the first year that LinkedIn has named its “Top Voices” in the UK, recognising “influencers” whose writings have launched high-quality conversations both locally and globally in the last 12 months. LinkedIn describes them all as “the best minds in business, sharing insights on everything from the economy to terrifying skydiving incidents [with] access to briefings, data and insights that many of us dream about.”

Asked how it feels to be named the UK’s sixth most influential person, Azeem told us, “It’s a terrific honour, obviously, because I just write about interesting stuff that’s important to me. Working at Schibsted has been particularly great because it’s a company that cares about issues, such as the promotion of democracy, that are too often ignored by business. The other great thing about Schibsted is the diverse mix of nationalities; the differences of perspective and viewpoint encourage everyone here to think about problems differently.”

However, Azeem was uncharacteristically silent when asked if he expected to join Sir Richard and Sir Martin in accepting a knighthood anytime soon.

Have you read Azeem’s fascinating article on Artificial Intelligence for the Schibsted Future Report?