Kerstin Weigl from Aftonbladet and SvD’s Andreas Cervenka and Torbjörn Isacson were awarded The Swedish Grand Prize for Journalism yesterday.

The Swedish Grand Prize for Journalism is awarded annually to recognize achievement in journalism. The winners are chosen by an independent jury made up of some of Sweden’s top journalists.

The award, worth 100,000 Swedish kronor, is given in four categories:

“Because of her tireless work to expose one of our society’s most hidden tragedies,” comments the jury.

Andreas Cervenka and Torbjörn Isacson from SvD won Scoop of the Year for the coverage of the SCA scandal, which they earlier this year was awarded the Schibsted Journalism Award for.

Schibsted Sverige’s media houses have had a prosperous year with several prizes, among them Årets Dagstidning (Aftonbladet) and Årets Redaktion (SvD Näringsliv). 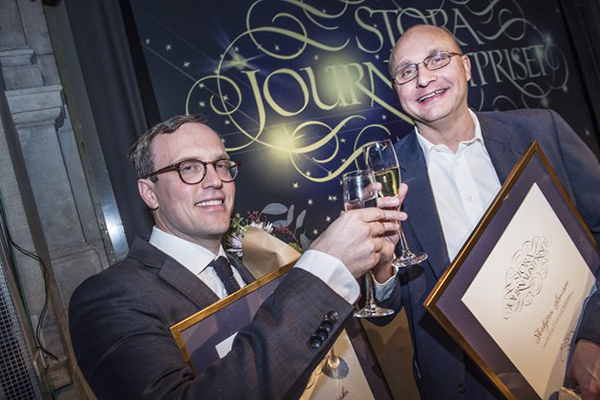