“We need to mobilize rapidly,” says CEO Ryssdal in an interview with Kampanje.com, referring to the competition from Facebook and Google. Read the interview here. 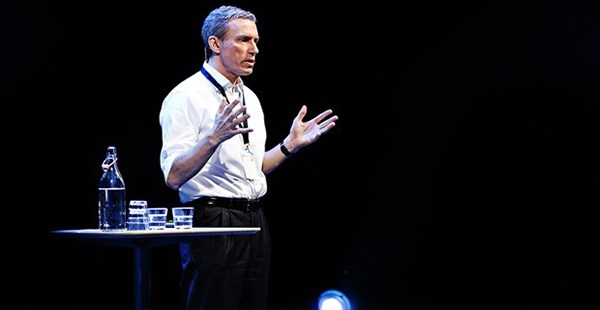 “We need to mobilize rapidly,” says CEO Ryssdal in an interview with Kampanje.com, referring to the competition from Facebook and Google. Read the interview here.

Read the article “Let’s take Schibsted to the Next Level”.

See the film “Schibsted. The Next Level“.

Schibsted Media Group has launched a large-scale offensive across a range of technology areas in preparation to do battle with Google and Facebook. The American IT and media giants have taken a big chunk of the Norwegian media market in recent years, most notably in the advertising market. Schibsted CEO Rolv Erik Ryssdal admits to Kampanje that the American technology giants have classifieds products and technology that currently surpass those of the Norwegian giant.

“I see that they have more advanced technology and that they can offer some products which we can’t in today’s situation,” says Ryssdal.

The advertising market is where the IT giants are creating the worst headaches. The American giants are rapidly gaining ground in the digital advertising market worth around NOK 6 billion, and will soon have gained 50-percent shares in Norway and Sweden, two of Schibsted’s key markets. Meanwhile, companies like Netflix are creating seamless user experiences across platforms such as TV, mobile devices and tablets that far surpass those of the Norwegian players in the market.

“To meet these challenges, we’re going on the offensive and investing heavily in technology by, for example, developing global platforms for the media houses, marketplaces, and digital advertising. This will speed up our development of new products and solutions. This will benefit our users and at the same time take Schibsted to the next level,” says Ryssdal.

Rapid changes in advertising
Developments in the advertising market in particular are happening at a faster rate, advertising is now being bought and sold on digital advertising exchanges, and big data is the new gold in the design of new advertising products.

“The rapid changes we are witnessing in the advertising market are part of the reason why we need to mobilize so heavily,” says Ryssdal.

One example in this connection is how Google and Facebook today offer good self-service online ad buying solutions which Schibsted currently lacks. Simple buying processes for products such as keywords have taken a big chunk out of the market for small and medium-sized enterprises, which previously was a lucrative market for Schibsted. Mediacom, Norway’s biggest media agency, recently announced its strategy to automate all its advertising purchases by the end of 2016. Ryssdal believes that advertisers will demand “better campaign solutions and simpler self-service solutions.”

A sense of “Big Brother”
An online identity can be based on age, gender, place of residence or purchase intentions to name a few, and the idea is to continuously offer increasingly customized and relevant ads which should then follow users across all of Schibsted’s numerous online news sites and websites, such as VG, Aftenposten, FINN and Prisjakt. Ryssdal says that high priority is given to privacy protection and user agreements in Schibsted, so all its users should know what information about them is stored.

“It can give you a sense of ‘Big Brother’, but I think the answer to that is to be transparent about what we do,” he says.

“Where do you draw the line when this is perceived as sinister and invasive?”

“That’s an interesting question. I think the answer is that it’s individual, but that it also has something to do with how old you are. My experience is that younger people are less concerned about this and consider it more natural. They share more, quite simply,” says Ryssdal.

100 new recruits
Together with newly appointed Executive Vice President Strategy and Digital Transformation Frode Eilertsen, Ryssdal and the rest of the Schibsted Group Management Team have identified four product areas that need to be strengthened: user and online identity, where Schibsted has already launched the SPiD login solution, advertisements, the media houses, and the marketplaces in which Schibsted offers classified services.

“What is the scale of these new initiatives?”

“We’re doing several things simultaneously. We’re using our existing resources in new ways and will bring on board several new developers, or software engineers, to help us develop our technology platforms and build new modules,” says Ryssdal, who presented the new plans to more than 700 employees at the Schibsted Sales Awards last week. The key message was that the company would now move to “the next level.”

“We’re recruiting a lot of talented people. This will enhance our capacity for rapid innovation and make it easier for us to adapt to the ever-changing needs of our users,” says Ryssdal.

Some of the new recruits are already in place. The most notable additions so far are Rian Liebenberg, Chief Technology Officer, who joins Schibsted from Google, and Adam Kinney, the new Head of Data Science, who joins from Twitter.

“Altogether we will boost our workforce in these areas by around 100 people during this year and next,” says Ryssdal.

A rough calculation based on estimated wage levels and social expenses indicates that Schibsted will spend around NOK 100 million on increasing its workforce over the next couple of years in order to boost its technology capability. Most of the planned investments will be linked to wages, though there will also be smaller expenses linked to the purchase of licenses. Ryssdal was not prepared to put numbers on the investments, but more details about Schibsted’s new major commitment are expected to be announced next Friday when the figures for 2014 and last year’s Q4 are due to be presented.

Schibsted currently has 6,900 employees in 29 countries. 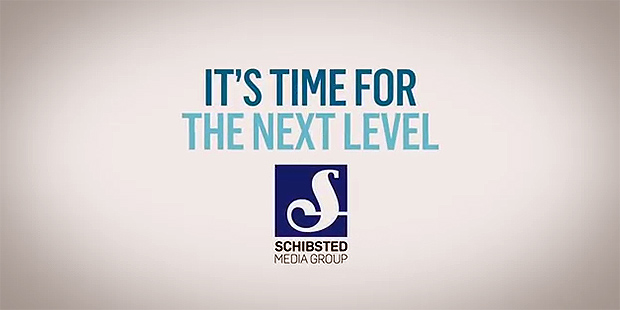