Aftonbladet and Svenska Dagbladet win Voice of the Year and Narrator of the Year. 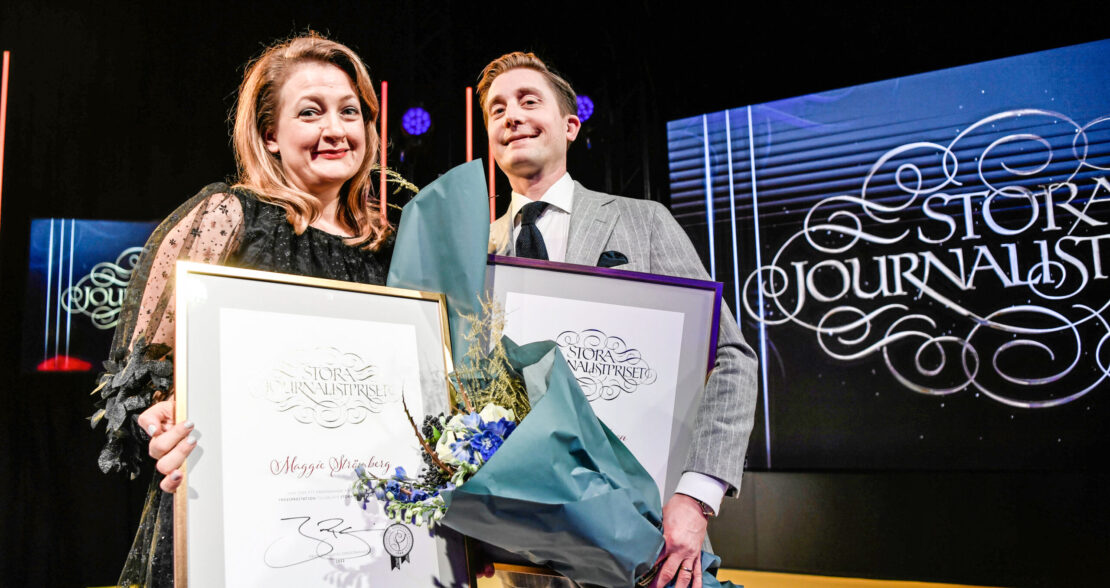 Svenska Dagbladet's political reporters Maggie Strömberg and Torbjörn Nilsson were awarded the Storyteller of the Year award for their article series on Sweden's way into NATO.

Schibsted’s two Swedish media houses, Aftonbladet and Svenska Dagbladet have every reason to celebrate after Sweden’s most prestigious and prodigious journalism awards were handed out on Thursday evening.

Two of five prizes went to Schisbsted newspapers when The Swedish Grand Prize for Journalism was awarded in Bonniers Konsthall on Thursday evening. 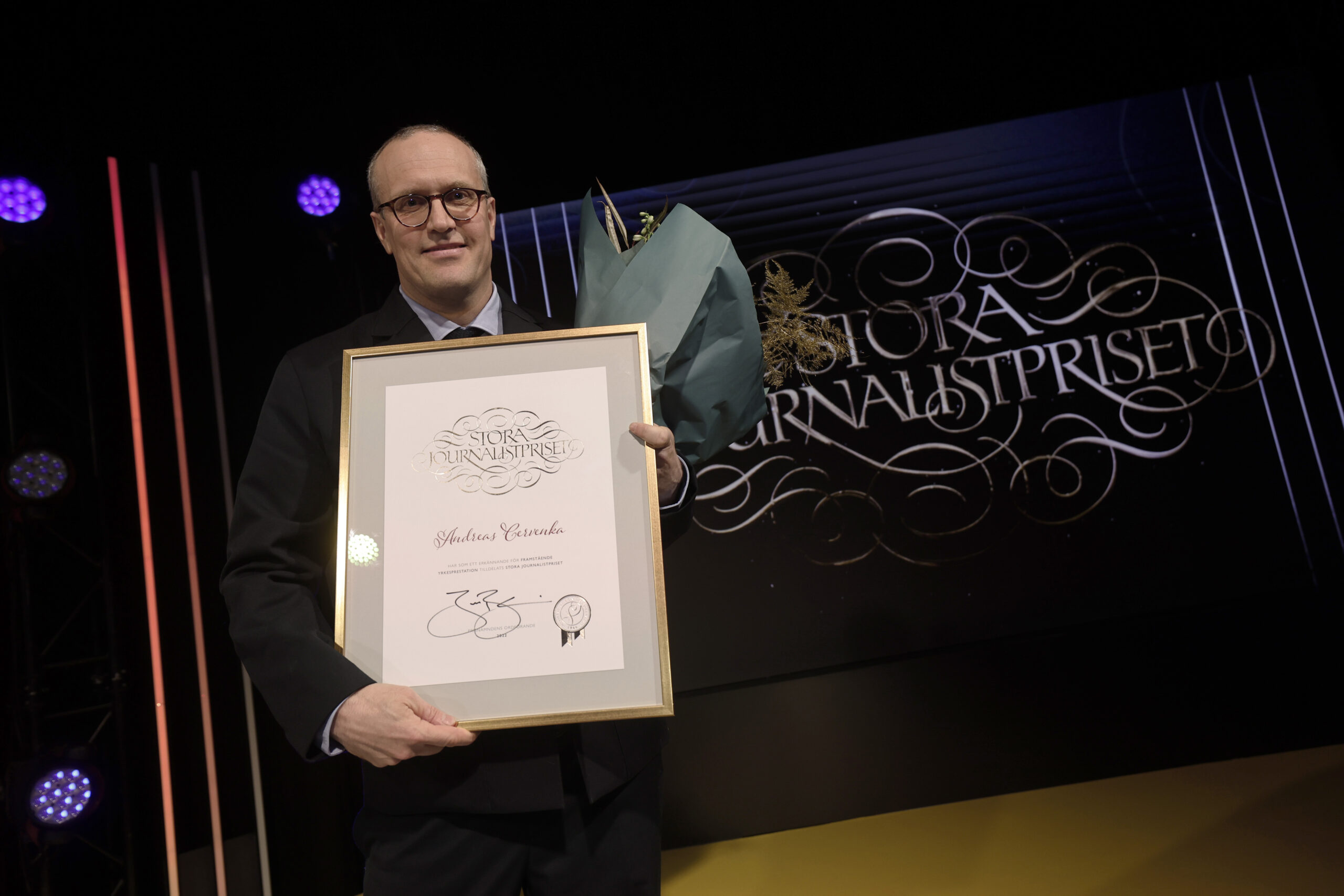 Aftonbladet’s economics reporter Andreas Cervenka was awarded the Voice of the Year and it’s easy to agree with the jury’s justification:

“With humour, expertise and well-formulated anger, he exposes society’s ever-deepening divides. A new image of the country emerges – Greedy Sweden.”

Today, Andreas Cervenka, with his reader’s perspective, his demanding responsibility and his sharp pen, is one of the country’s most important voices in what is currently perhaps the most burning issue: economics and the intersection of tech and the new world of business.

“I have found economics to be fun every day for 25 years,” said a happy Andreas Cervenka in his acceptance speech on stage at Bonnier Konsthall. “I feel extremely happy and humbled because there were so many good entries that were nominated. Thank you, Aftonbladet, and thank you to my family, my wife and my children.”

But the whirlwind of joy does not stop at Aftonbladet. Svenska Dagbladet’s political reporters Maggie Strömberg and Torbjörn Nilsson were awarded the Storyteller of the Year award for their article series on Sweden’s way into NATO.

“With distinctive storytelling, they give nerve and life to political decisions, and give us access to the rooms where history is written.” Here, too, it’s easy to agree with the jury’s justification.

When the SvD duo happily, with flowers in hand, stepped on stage to accept the award Maggie Strömberg was asked about what it is like to write Swedish history as it’s happening: “It’s been some crazy years in Swedish politics. It’s been a term of office that’s been hysterical, we have worked an awful lot,” she answered.

In the series of articles about the politicians who brought Sweden into NATO, the duo tells a three-part story of how Sweden went from 200 years of non-alignment to a yes to NATO. And conference speaker Katrin Marçal stated that almost everyone who reads the Swedish press has learned to recognize a Maggie Strömberg and Torbjörn Nilsson text because it tells a story in a special way.

What do you do to make your words stand out?

“There is a method and the method is to be yourself,” Torbjörn Nilsson answered from the stage.

As always, the competition is tough when The Swedish Grand Prize for Journalism is awarded. In the Narrator of the Year category, Sveriges Radio’s Lovisa Lamm Nordenskiöld and Hugo Lavett were also nominated for their radio documentary “Palmeutredningen infrån” and Sven Bergman, Ola Christoffersson and Erik Palm from SVT’s “Uppdrag granskning” for the program “Den sista ålen,” which examines why the endangered eel is going extinct.

In the Voice of the Year category, Andreas Cervenka faced football journalist Olof Lundh and Sveriges Radio’s reporters Lubna El-Shanti and Johan-Mathias Sommarström, who after Russia’s invasion portrayed the war in Ukraine with a strong presence.

Sportbladet’s Erik Niva, Linn Nordström and Pontus Orre were nominated for Innovator of the Year for “Fotbollsresan: Vägvalet” where they “turned the classic reportage into an adventure – with the viewer in the driver’s seat.”

The Swedish Grand Prize for Journalism was established in 1966 and is awarded by Bonnier AB to promote good professional achievements in journalism. The prize sum in each category is SEK 100,000.

Join the launch of Schibsted Future Report 2023 – Live at Mesh in Oslo!

Join the launch of Schibsted Future Report 2023 – Live at Mesh in Oslo!