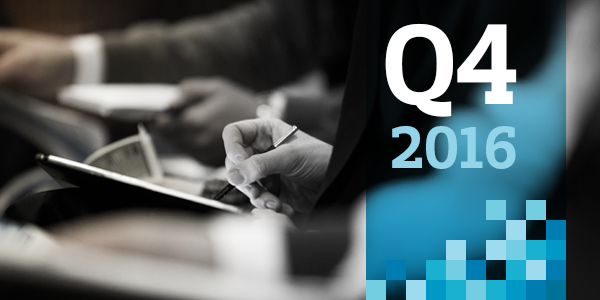 “With a good Q4 2016 Schibsted concluded a year with steady progress according to our strategic plan. We have continued to strengthen our position as a global leader in online classifieds and to build world class digital media houses based on strong ecosystems in Scandinavia,” CEO Rolv Erik Ryssdal says.

“In Online Classifieds, our strongest growth engine Leboncoin.fr has continued to grow rapidly. Leboncoin.fr has during 2016 built a significant revenue base in real estate, and initiated in Q4 monetization of the attractive recruitment vertical. The results so far are promising. In the relatively mature Scandinavian markets, the positive trends continued, whereas our operations in Spain have during 2016 struggled to maintain the high growth rates from 2015,” Rolv Erik Ryssdal says.

“Within our Other Developed markets, Italy, Austria and Ireland, have seen steady high growth rates during 2016. It is reassuring to conclude that they in total have established themselves with positive EBITDA for the year as a whole,” Rolv Erik Ryssdal says.

“Our progress in Emerging markets continues, and it is good to see that the revenue growth in Brazil accelerates. Our native market place app Shpock continues to set new records in terms of downloads and user engagement,” Rolv Erik Ryssdal says.

“The publishing activities in our media houses produced improved EBITDA margins in 2016 as a whole and in Q4. The decline in print advertising revenues is still a great challenge. However, the innovative approach to our digital news products result in increasing revenues from subscriptions,” Rolv Erik Ryssdal says.

“I would like to highlight the progress of our operations in Schibsted Growth. Over long time, this unit has grown steadily with increasing EBITDA margin. During 2016, the effectiveness of the Lendo business model has become particularly visible,” Rolv Erik Ryssdal says.