The Shpock team and Schibsted Classifieds Media has agreed that Schibsted is taking over control and increases its shares to 91% in the flea market app. 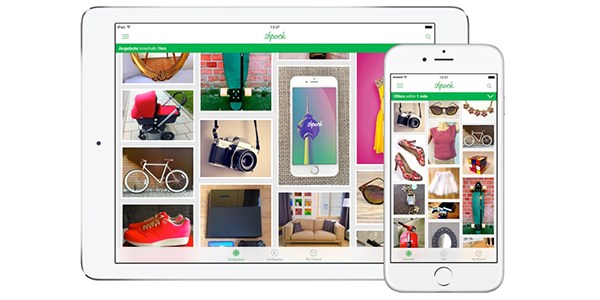 As part of the deal the valuation will not be disclosed. The agreement enables the startup to turn Shpock into a global brand and continue its growth outside the current core markets Germany, UK and Austria. Founders and key team members stay on board and will drive the development in the upcoming years.

Until today more than 10 million users are discovering, selling and buying over 2.5 billion Euros worth of items via Shpock. Shortly before Shpock’s 3rd birthday, Schibsted Classifieds Media announces to increase its stake to 91% in the finderly GmbH, which runs the popular app.

“This deal allows us to conquer new frontiers and to become the go-to-marketplace solution for the smartphone generation worldwide,” say Shpock founders and CEOs Armin Strbac and Katharina Klausberger.

The Austrian app maker, which was initially founded in 2010, launched Shpock – SHop in your POCKet – in September 2012 as the ‘flea market app for beautiful things’. Although Shpock started as a side project, the app quickly became the main focus of the company and the team.

“In early 2013 we had very limited resources and it was necessary to decide for one product to not lose focus. The team made a clear choice: Shpock!” says Klausberger.

Strbac remembers the tough times: “The team was fully committed to the vision of Shpock, but the financial situation of the company was not clear for some time. Seeing the few people, who were present at this time, stick together and work against the odds is one of my best life memories.”

Supported by Business Angel Johann “Hansi” Hansmann, Angelfund Speedinvest and subsidies from the Austria Wirtschaftsservice and Inits, the team was able to continue working on Shpock. The traction in the first months triggered the attention of several A-round investors, Schibsted being one of them. Schibsted joined Shpock in summer 2013 as strategic partner and now, two years later, increased its stake to 91 percent.

When it comes to explain the mutual benefits of the partnership, Klausberger states:

“We have a partner on our side that knows the classifieds business like no other! On the other hand, we bring our mobile experience and an extremely talented and hungry team into the game.”

“It may sound cheesy, but that’s the truth! Looking at the app there are a 100 things that give us an advantage compared to others, but the main reason for our success is the team behind the app,” says Strbac. Today, the Shpock crew consists of more than 45 people, with 14 different nationalities, operating from the city center of Vienna. With this deal at hand the team will grow further soon.