A total of 3.9 million private ads was placed on FINN Torget in 2014, doubling the figure for the previous year. 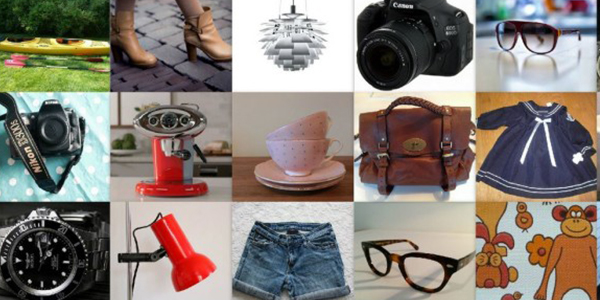 A new report, prepared by FINN.no, takes a close look at trends in the second-hand market in the generalist classifieds category FINN Torget.

“The strong growth is primarily due to the fact that advertising on Torget is free. This has lowered the threshold for advertising items people no longer need, and more people are now visiting this site. We think it’s great that the number of people interested in buying and selling second-hand has really taken off. It’s extremely positive for the environment and enables thousands of Norwegians to buy things second-hand and cheaply instead of buying new,” says Christopher Ringvold, Product Director for FINN Torget.

The number of private ads has tripled in five years

“The online second-hand market has grown rapidly; in the space of five years, the number of ads has increased by 157 percent. People have become more comfortable with online shopping, and recycling is considered trendy. Besides, many are motivated by the chance to earn a few kroner on items that are just lying around their home,” says Ringvold.

Here are some examples of ads placed in 2014:

Last week, 1.9 million users visited FINN Torget – 400,000 more than during the corresponding week last year. This growth is clearly connected with the increasing number of smartphone users who surf online. Traffic from mobile devices now accounts for 55 percent of FINN.no’s total traffic volume. Only four years back, this traffic accounted for 14 percent.

Nine out of 10 ads are items for sale, while ‘Gis bort’ (Giveaways) and ‘Ønskes kjøpt’ (Wanted) make up the rest.

According to the report, however, people are becoming increasingly generous. Last year 329,444 giveaway ads were placed, representing a growth of 130 percent compared with five years ago.

“This may suggest that people are better off, because they choose to give things away rather than sell them. Also, many people have found it an efficient way of having a clear-out,” says Ringvold, adding that ads for giveaway items with an estimated value of NOK 95 million were placed on FINN Torget last year.

A nation of furniture lovers

Furniture and Interior design represent the biggest category, with 20 percent as sales items and 50 percent as giveaways. This is also reflected in the search lists.

‘Sofa’ is unquestionably the most popular keyword on FINN Torget, and in 2014 as many as 7.4 million searches were made for variations on the word ‘sofa’, for everything from ‘corner sofa’ to ‘sofa with soul’.