For the first time Schibsted has calculated the positive environmental effect from five of our major marketplaces. During 2015 our users were saving a staggering 12,5 million tons CO2. 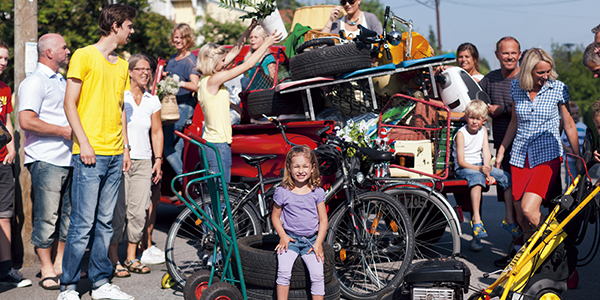 Thanks to a unique method, developed together with the Swedish Environmental Research Institute, IVL, we are able to convert the environmental benefit from secondhand trade on five of Schibsted’s major marketplaces in Europe, into numbers. During 2015 users on these sites potentially saved 12,5 million tons of Carbon Dioxide. That is the equivalent to flying 1.100 times around the globe with an Airbus 380 or the traffic standing still in Paris for three years and four months.

“Climate changes are one of the biggest issues of our time. I’m very proud of the result. Schibsted has modern digital marketplaces in 30 countries, making it easier for our users to buy and sell used goods,” says CEO Rolv Erik Ryssdal.

Every month more than 46 million unique users engage in these five Schibsted sites; Finn in Norway, Leboncoin in France, Subito in Italy, Blocket in Sweden and Vibbo in Spain. We believe that together we can make a difference for the environment. Secondhand shopping is part of many people’s daily life, and an easy way to contribute to decrease our environmental footprint.

“That we can work together with our users for a better environment and spread knowledge on the importance of secondhand trade, is an important part of Schibsted’s social responsibility,” says Lena K Samuelsson, EVP Communications and CSR.