20 Minutos in Spain, Aftonbladet from Sweden and Aftenposten from Norway are the winners of Schibsted Journalism Awards 2013.

For the first time a media house outside Scandinavia was among the winners, and it was a jubilant group of Spaniards who received the award for ‘Best Scoop’. And Aftenposten’s journalist Kjetil Østli took home an award for the third time in the six years Schibsted Journalism Awards have been arranged.

The festive prize ceremony on 29 May concluded a full-day event in Oslo packed with highly relevant food-for-thought, insight and inspiration for journalists at Schibsted Media Group’s media houses.

Journalists and editors were present to honor exemplary journalism in text, photo, audio or live images produced in all of Schibsted Media Group’s media houses. In each of the three categories “Best Storytelling”, “Best Innovative Entry” and “Best Scoop” the winners were honored with NOK 200,000.

– For a media group like Schibsted it is important to honor great journalism and the journalists and editorial rooms behind it. All the contributions from our media houses are proof of the great breadth and quality of their journalistic activities. I congratulate both the winners and the nominees for their great achievements, says Rolv Erik Ryssdal, CEO of Schibsted Media Group. 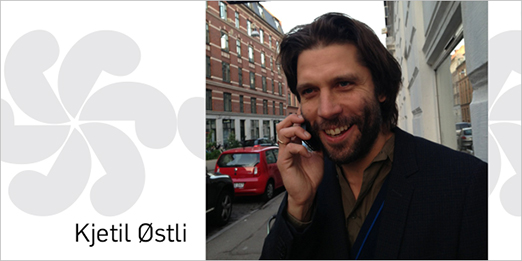 An eleven-part series about the 22 July attacks. About truth, deceit, pain, togetherness, survival, the killer, fear, doubt, injustice, relief – and the trial against Anders Behring Breivik. It is narrative journalism presented in a slightly untraditional manner. Every article starts with a word based on the court’s agenda during the 11 weeks of the trial. Each story takes place on three levels: what happened on 22 July; what happened in court; and the facts and literature.

The jury said:
“Aftenposten chose an unexpected way to cover the 22 July trials that demonstrated great originality and style. In eleven chapters, the reporters sensitively covered a long court hearing while documenting the shocking facts. The reports were moving without being melodramatic. The Norwegian newspaper gave the readers new insights and perspectives.”

The oil industry can easily be presented in numbers, big money and cold steel. Stavanger Aftenblad tells the story about the human beings behind the statistics – those who died while bringing Norwegian society great wealth. In print and online, the media house has published documentation about the fate of 266 oil victims who died in accidents on the Norwegian Continental Shelf, 69 of which have barely been written about before.

The jury said:
“Stavanger Aftenblad tells us an untold story of modern history – the victims of the oil industry in Norway. By carefully piecing together information, the journalists created an article that was meticulous in its research and engaging for the reader. The Norwegian newspaper got behind the statistics to create a story of flesh, blood – and oil.”

The jury said:
“The story about the tough upbringing of Cathrine is engagingly written and handled with sensitivity by Bergens Tidende. The Norwegian newspaper bravely tells an uncomfortable narrative that makes the reader reflect, and holds society to account, as we hear how a young girl was failed by the system. The story is filled with details and insights that are testament to thorough and committed journalism.”

Aftonbladet from Sweden won the award for Best Innovative Entry for the feature ‘Send us your tip!’ (Tipsa!)

Tipsa! is a completely new way of getting Aftonbladet’s readers to participate in news journalism. This news lead service is integrated in Aftonbladet’s mobile app. Through geopositioning we can reach readers who are ‘on location’ to help with reports, pictures and videos. Tens of thousands of readers are connected to the service. The next step is to have readers engaged in live video feeds.

The jury said:
Swedish Aftonbladet launched the new Tipsa feature into the newspaper’s mobile app and urged users to submit stories, photos and videos. Using mobile technologies, Tipsa is able to engage with users who are in the midst of news events and secure exclusive material. The interaction creates good journalism and provides an insight into how journalism might work in the future.

In a very short time SvD’s interest rate map became the number-one online site for Swedes wanting to compare interest rates on their home loans with those of their neighbors. This may help people to negotiate better terms with the banks and save them money. SvD uses free Google technology to create a new tool that has become a unique selling feature. The interest rate map has won three awards for innovative journalism in Sweden.

The jury said:
“Svenska Dagbladet engages the audience with a subject that affects almost everybody: mortgage rates. Using existing techniques, such as social media, database journalism and classic reporting, Swedish Svenska Dagbladet gains mass appeal and engagement from the audience. The web based tool – Räntekartan – explores a topic of great national importance and exemplifies a new kind of journalism that empowers people in their everyday life.”

An editorial campaign in co-operation with Re:Baltica (Center for Investigative Journalism) focusing on heating bills. TV Net created an interactive map, where all inhabitants could enter data on their heating bills and compare it with others. The map gained significant public interest and has revealed several problems in the heating bill system. Latvian authorities have been confronted with the results from the investigation.

The jury said:
“TVnet reaches out to its readers to expose the injustices and weaknesses of the Lithuanian house heating market. Combining campaigning journalism with digital tools, TVnet creates an important piece of journalism that benefits society and enables the audience to take action. Readers submit their own unique insights and, with excellent craftsmanship, the journalists distil complex issues into a compelling series of stories.”

20 Minutos has revealed a group of homosexual priests and nuns who have formed a secret group for praying and mutual understanding. In a series of articles 20 Minutos describes the complex relationship between the Catholic church and the homosexual community. For the first time a Spanish news media focuses on the difficult and clandestine life of this minority within the Catholic Church.

The jury said:
“20 Minutos unveils a story that the Catholic Church wanted to repress and Spanish society did not want to discuss – what it means to be religious and gay in Spain. Homosexuality and religion is an explosive combination, but by approaching the taboo subject area with respect and sensitivity, 20 Minutos unlocked a story with great importance to Spanish society.”

During one week in March 2012, Aftonbladet published a series of reports from Southern Sudan where two Swedish freelance journalists and a photographer from the newspaper searched for the truth about Lundin Oil’s activities and possible violation of human rights. Sweden’s foreign minister Carl Bildt became a member of the board of the oil company in 2000. Swedish press have been criticized for its silence on this matter until Aftonbladet started publishing the reports.

The jury said:
“Aftonbladet gives a fresh insight into a complex story by combining classical journalistic methods: being on site in Sudan, talking to local people and connecting the individual stories to a larger context. The Swedish newspaper, Aftonbladet, persisted in telling a story about war, abuse of power and the dirty oil industry. A worthy piece of journalism.”

In a series of articles, the online financial news service E24 explains to its readers how the Oslo Stock Exchange really works, millisecond by millisecond, and who are the ‘good guys’ and the ‘bad guys.’ Over three weeks, E24 published 24 articles about how the automated trading systems have completely transformed the stock market. The Oslo Stock Exchange had to change its rules.

The jury said:
“Norwegian E24 shows that a scoop can be just in front of you, but with determination and perseverance the truth can be unveiled. E24 created a thorough and in-depth investigation by meticulously examining data about the Norwegian stock market. The results bring transparency to the opaque world of finance.”