On Saturday, VG won an award for best storytelling at the NODA Awards, a Nordic conference on data journalism. 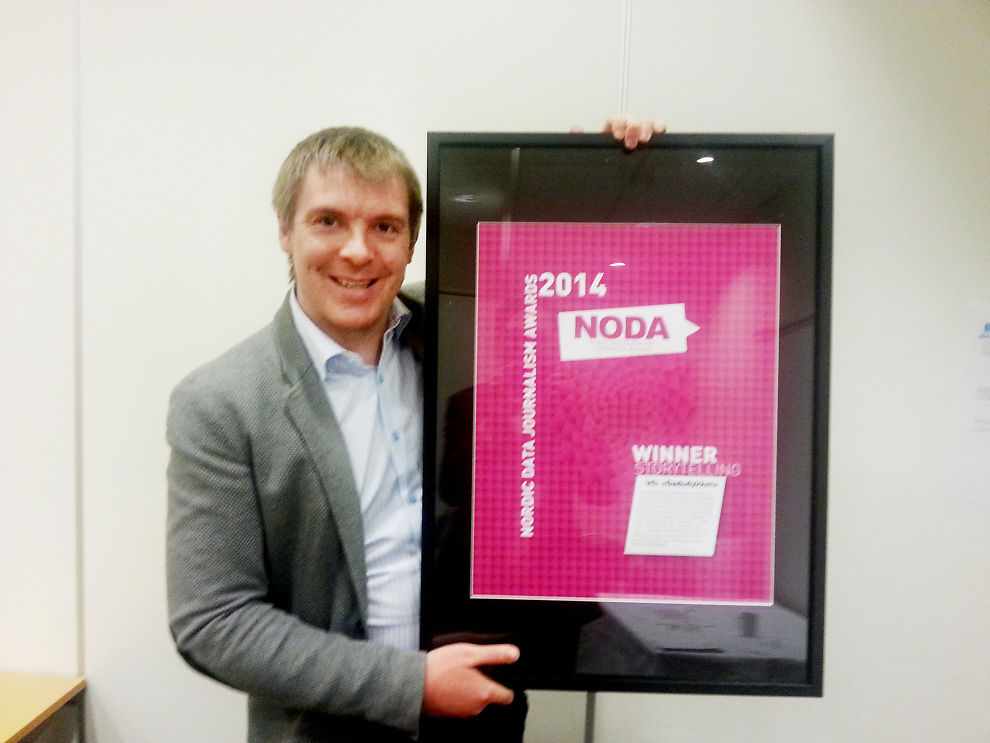 VG’s story ‘Death dive‘, about divers who died and were injured in an accident in the cave Pluragrotta outside Mo i Rana in March last year, made it to the top in the category storytelling.

The jury said the story is “pioneering multimedia storytelling on a very high international level”.

“The way they alternate between the traditional format and the new long read-model is compelling. This is a very dramatic story, told in video, still images, text and animation. It is brave to leave all genre rules to tell a story on its own terms”, the jury said.

Read the award-winning reportage (in Norwegian)

Editorial developer Dan Kåre Engebretsen, who along with Sondre Nilsen and Simen Grytøyr made graphics on the report, was present and received the award. Lars Christian Wegner and Fredrik Solstad also contributed on the story.

Read the story in VG

Read the story on Journalisten

Nordic CEOs to Prime Ministers: These are our sustainability commitments, and this is what we ask of you

Nordic CEOs to Prime Ministers: These are our sustainability commitments, and this is what we ask of you