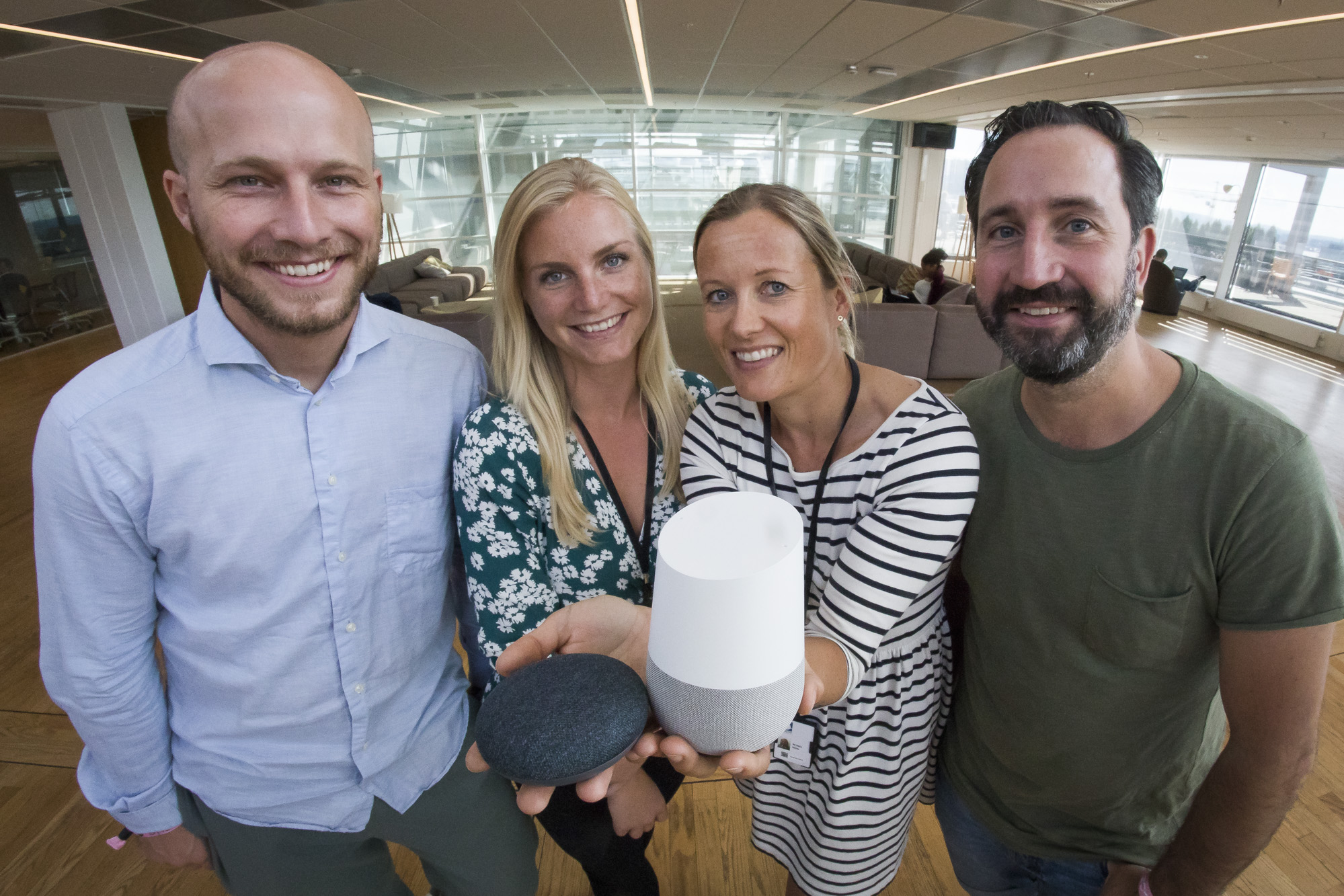 In the USA more than every fifth home already has a smart speaker. Google, Apple and Amazon all fight to offer the best and most popular voice assistant, trying to help users with numerous everyday challenges. Voice assistants understand human voices and can communicate with users like a regular conversation.

Today, Google launched the app Google Assistant in Norwegian and VG is a part of it from day one. In addition to playing the latest news from VG, Google Assistant can also play podcasts from VG and soon sports results will also be made available.

During the first phase, Assistant in Norwegian is available on iOS (as an app in App Store) and Android phones. It will soon be available on Google Home devices.

“For us, voice assistants is a new interface that is being released to our users. Access to news becomes even simpler when you only need to say what you want out loud,” says Ola Stenberg.

“Imagine when you get up in the morning – most people jump straight into the shower. For natural reasons this is half an hour that VG has not been a part of so far. But with voice assistants, we will in fact be able to give you news during this time. Voice assistants open possibilities in situations where we couldn’t offer anything previously,” says Stenberg enthusiastically.

The user will then get a short explanation before a computer voice reads the latest news from VG. In the future the user will be able to control the service through a simple dialogue.

The news in the first Google Assistant service is streamed from VG´s live studio “Nyhetsdøgnet”. 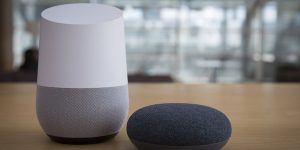 Google Home (left) and Google Home Mini are two of the smart devices where you will eventually be able to listen to VG.

VG´s new product is the result of close cooperation between three different units in Schibsted:

Anders Grimstad from the Technology Trends team has been the project manager for the development of VG´s product. During the process, several workshops and hack days have been organized to explore ideas.

“It has been important for us to be in the market early in order to understand how voice assistants work as a user interface. Whether we like it or not, voice assistants are likely to be very popular in the future, “ he says.

During the process of defining the first product, they studied how voice assistants are used in markets where they are already launched. They have also interviewed early adopters of the technology in Norway. Several pilot versions of the product have been tested with users.

“The user tests have been very useful. How people actually behave is not always identical to how they say they behave in interviews. We’ve also observed that a different reality and usage emerges when the dialogue is in Norwegian, “ says Veronica Heltne.

“We believe the service will primarily be used in situations when you can’t naturally use the mobile app or read the news on the screen. It may for instance be as you get up in the morning, when you’re in your car on the way to work or while you’re cooking,” says Lucas Cueni.

Developing VG´s audio product has not been without challenges. Even though Google Assistant now is in Norwegian, much remains before the language quality is at the desired level. The computer voice may appear monotonous and often lacks natural pauses and intonation. Norwegian words aren’t always pronounced correctly either.

Another challenge has been to define the best user dialogue with smart speakers. “It is hard to create the simplest possible dialogue that gives meaning. When you use a screen, you can always swipe back. But with audio, there is only one track and we must guide the user more. On top of that, spoken language differs significantly from how we write, says UX designer Lucas Cueni.

Many ideas for the future

The project team emphasises that the news product from VG is only the first step for Schibsted on voice assistants. They have a long list of possible future ideas, including letting humans replace the automated computer voice.

“The main focus in this first phase is to create new user habits. In a longer perspective, we will of course look at payment solutions and other ways to monetize the products, says innovation and growth coordinator in VG, Hedda Heldal.

Digital editor Ola Stenberg adds: “For VG it is important to be present the very moment Google Assistant is launched in Norwegian. But the road ahead is even more interesting. We see this as the start of something that will develop with enormous speed in the years to come.”