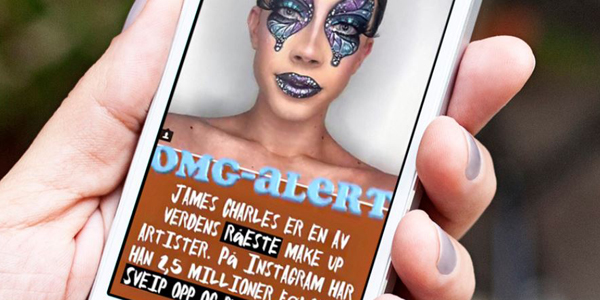 This article has been reposted from a Blog on INMA written by Jonathan Falk Syustad, a video journalist in VG.

The story about VG’s Snapchat Discover initiative has been what we in Norway would call a “sunshine story.” Through the work we have put into this initiative, we have discovered a new way of storytelling for a whole new audience.

To explain how we’ve accomplished this, it’s important first to understand why we started the project.

In 2016, a 19-year-old girl named Guro wrote a chronicle about VG.no, the most visited news Web site in the country. She described us this way: “Every time I read VG, I fall asleep … they should vary the language and use more pictures to spice things up … their writing is old-fashioned.”

She gave us some answers to questions we should have asked a long time ago.

When the opportunity to publish news via Snapchat Discover showed up, we grabbed it, and we wanted to use Guro as a beacon while doing it. We launched the channel on January 23, 2017, and our very first edition was read by 187,000 unique viewers. By combining text, video, and basic animation, all of a sudden we sat on a whole new project. Adapting to Snapchat’s 10-second format taught us to tell stories in a new way.

Since that day, VG.no has reached numbers beyond our imagination. In a country with five million inhabitants, our daily edition is read by approximately between 220,000 to 250,000 readers. More than 30% are between 13 and 17 years old and about 53% are female. In other words, we manage to reach out to the most difficult group to capture of them all — and on a daily basis.

So how do we do it? What works? What doesn’t? It’s a constant learning experience.

Our audience mostly consist of teens and young adults. The stereotype suggests that they want to read about cosmetics, Kardashians, and trends instead of heavy subjects, such as politics, immigration, and the the challenges that our society is up against.

In reality, our numbers prove this stereotype to be false. These young readers want to go deep on important topics and understand them. Maybe they always have, but the information hasn’t been presented in a way that speaks to them before. As Guro wrote, it was dull to read, the language was difficult, the lack of visuals made it less appealing. We listened to Guro and we met these readers where they are: on Snapchat.

Another important lesson about telling digital stories is that we will and should always keep trying and failing. When we publish an edition and it doesn’t go as well as we hoped, it’s easy to say, “OK, they don’t want that.” Then we try to look at ourselves and ask how we have failed our audience, so that we learn something and can make the subject matter more appealing next time around. Digital publishing is very forgiving and each day brings a fresh opportunity.

It’s up to us to speak their language and at the same time not try to be something we’re not. We’re not cool teenagers. We’re adult journalists. Sometimes we get painfully reminded of this fact.