After five years in operation, Mittanbud.no is proving highly profitable and has now posted more than 30,000 reviews of companies and services.

Mittanbud.no is a website that connects Norwegians with a wide range of service providers under the motto “Get the job done”. The site contains 16 different categories, the most popular ones being skilled trades, homes for sale, and auto repair shops.

It all began with a staff of three in a tiny corner office in the VG building in 2009. A good idea was to be realized. Five years later, Mittanbud.no represents one of VG’s biggest growth strategies, with a staff of 25 and revenue growth of 60 percent in 2013. This growth continues in 2014, and the skilled services marketplace success story has only just begun. Håvard Bungum, who has been in Schibsted Media Group for almost 15 years, has headed Mittanbud.no from the start. 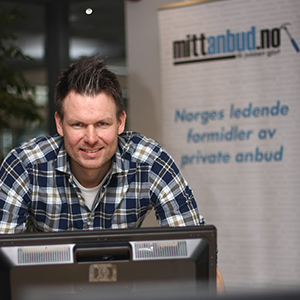 “Many skilled trades companies were initially skeptical about the internet and feared fiercer competition for jobs,” says Bungum.

“Today, being registered on Mittanbud.no is absolutely vital for many companies. We have several examples of companies basis most or all of their income on jobs obtained via Mittanbud.no. A growing number of corporate clients and chains are also beginning to contact us directly in order to fill their order books.”

Per Håkon Fasting, VG’s Commercial Director and Chair of Mittanbud.no, is pleased to report that the venture has proved profitable.

“Mittanbud.no is now earning well.” And 2014 is looking incredibly good so far.

The dramatic growth is of course down to hard work and dedication, but also to general changes in the market and in Norwegians’ consumer habits. Previously, they would often use the conventional directores to find a skilled tradesperson or a car mechanic, and the service providers with the biggest and best ads often won the most customers. Today, however, consumers turn to the internet when they need to get something done; they search for information, read customer reviews, and obtain multiple quotes. In this sense, Mittanbud’s timing has been perfect. 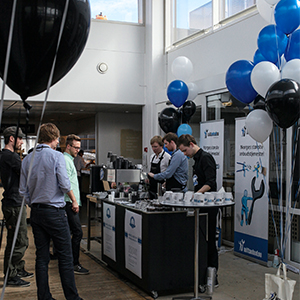 Last week, Mittanbud.no celebrated its fifth anniversary – and the fact that over 30,000 companies and services had now been reviewed. When VG’s employees turned up for work on Monday, they were greeted by Mittanbud staff, breakfast, coffee, and balloons.

The reviews probably represent Mittanbud’s most important tool in the fight against rogue traders. Companies that insist on working undeclared, fail to turn up as agreed, invoice above the agreed price, or that simply lack common courtesy are gradually weeded out. In addition, all reviews are thoroughly checked to ensure authenticity, and a dedicated team works daily on monitoring activities on the service. These measures have resulted in hundreds of companies being excluded and blacklisted for unacceptable conduct.

“We want to be the safest, biggest and best skilled services marketplace in Norway, so we need to assure quality at all stages. So far, we have been very successful at doing just that,” says Bungum.