Under the slogan ‘experience it, and then sell it’, Vibbo aims to strengthen the brand’s position as a point of reference for the sector and lead the shift towards a new way of smart consumer practice. 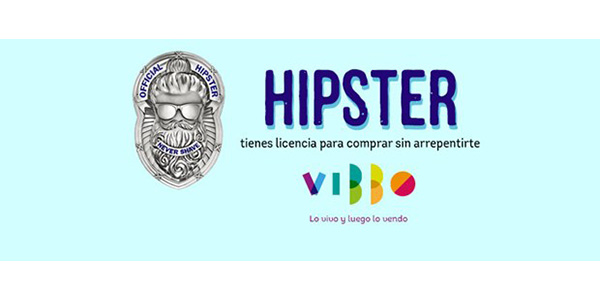 Vibbo is Schibsted Spain’s secondhand buying and selling website. Vibbo’s new publicity campaign Placas seeks to reinforce its position as a reference for the sector, adapting to the changes in consumer practices over the past few years. The campaign also intends to reach out to new targets, particularly youngsters and millenials, who will be key to developing the company’s business.

The essence of vibbo and its new spot lie in a shift in life values and attitude, where the most important thing is living and experimenting, rather than just owning things. To do so, the spot encourages people to feel “that amazing sensation of making other people’s stuff yours” and being able to have the experiences we want without limits, thanks to the secondhand market.

Carmen Limia, Marketing Director in Schibsted Spain, explains how this campaign manages to portray the values and meaning of the vibbo brand. Regarding their media plan, Limia states,“the campaign will have a significant online and offline presence, for which we have noticeably increased our effort in the media making a large investment for 2016.”

Vibbo defines itself as a platform to sell things we have already used and experienced and allows us to buy new experiences that we have yet to try, because it’s no longer about what things we have, but what we can do with those things. To do so, vibbo chose McCann Madrid as the creative agency to carry out its advertising campaign. Raquel Martínez, Executive Creative Director, tells us: “With our first vibbo campaign, we wanted to launch the brand in a different way, that would be original, but at the same time instructive, reflecting what users will feel with this new buying-and-selling platform. Brides walking through glass shop windows in search of a dress, intern lawyers jumping out of moving taxis, endless situations styled to be straight out of action movies with the goal of showing how with vibbo, you can get things done with other people’s stuff.”

Placas was filmed in several Barcelona locations, featuring 14 actors and two specialists. The campaign has a long, 60’ version and shorter 30”, 20” and 10” versions.

The spot production team collaborated with Zipi as Producer and Óscar Faura as Cinematographer, Cinematography Director for movies such as The Impossible and the upcoming film World War Z from the director J.A. Bayona.

The full spot can be seen on the following link or below.

NB! To see the film with English subtitles, click on the ‘Tools’ symbol in the lower right corner of the YouTube window, and then choose language option under ‘Subtitles’.