After an unfortunate comment that proved his ignorance about France’s No. 1 classifieds site, which caused a media frenzy, Nicolas Sarkozy visited Leboncoin last week. 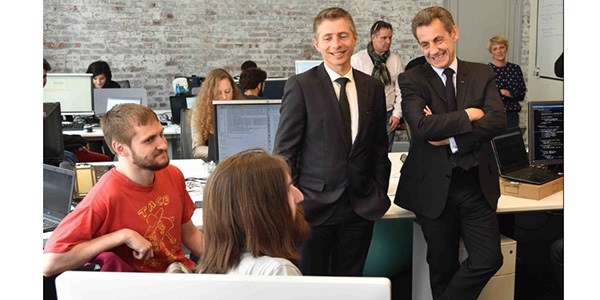 It all started with a mishap for Nicolas Sarkozy. When the former French president visited entrepreneurs in Lyon on 12 May, he asked them how and where they found appropriate candidates when they needed to hire. One of the entrepreneurs answered that he usesLeboncoin. Nicolas Sarkozy’s immediate reaction was to ask “What’s leboncoin?” His response was instantly tweeted, which resulted in a following media craze.

Twitter followers and journalists saw Sarkozy’s question regarding  an influential brand such as Leboncoin (France’s No. 1 website for jobs, real-estate, cars. 96 percent of French people know Leboncoin. 73 percent of the French use it regularly.) as a symbol of how disconnected from the reality that French political elites seem to be. The timing was quite bad for Sarkozy, as the the campaign for Presidency in 2017 has already started and several candidates – including him – are running for the Les Républicains party’s primaries.

The following day Sarkozy contacted Leboncoin via Twitter, asking to meet the team to talk about employment, to which Leboncoin replied, also via Twitter, that he was welcome anytime he wanted. 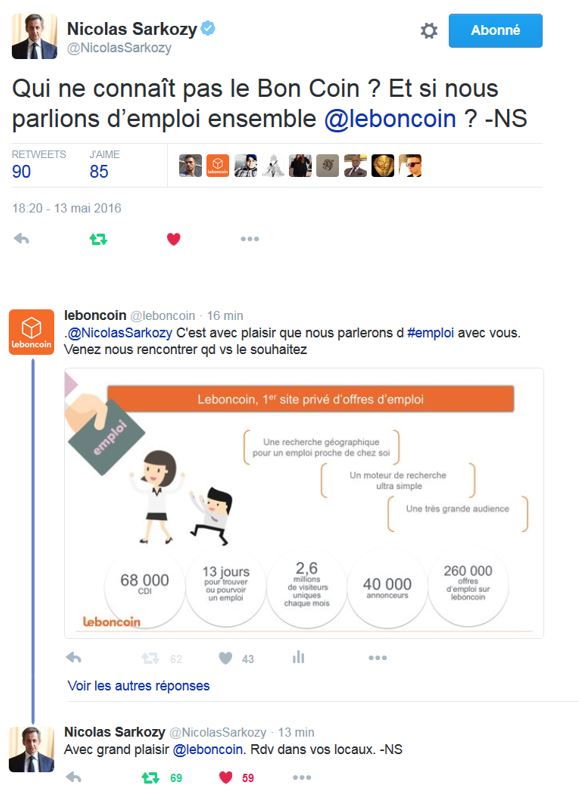 A week later the former French President visited Leboncoin’s headquarters in Paris, accompanied by journalists from some of the most renowned media in France, such as Canal +, BFM BUSINESS, i-télé, Le Figaro and M6.  General Manager Antoine Jouteau gave Sarkozy a tour of Leboncoin’s offices, during which he showed keen interest in the employees, their areas of work in the company, their professional background, etc.

The tour was followed by an hour of discussion and a Q&A session with members of the board and employees gathered in Leboncoin’s cafeteria, in front of the journalists.

“We got the opportunity to discuss Leboncoin’s place in the French market and to talk about regulatory issues that we are concerned with. We had a very straightforward and sincere conversation with Sarkozy,” Antoine Jouteau says.

Sarkozy’s visit at Leboncoin had a strong echo in French media, which also caused a lot of positive attention for Leboncoin.

As a result, other key politicians in France have also informed Leboncoin of their interest in the company. 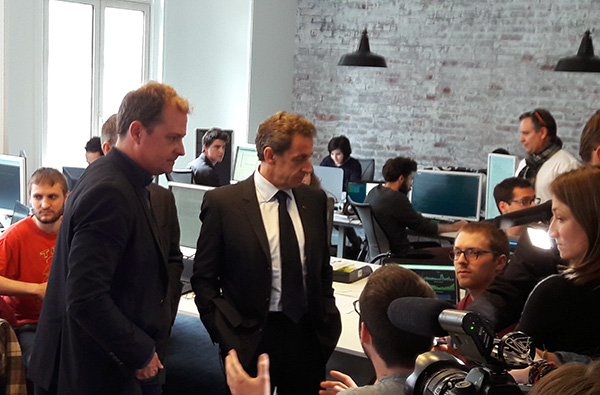 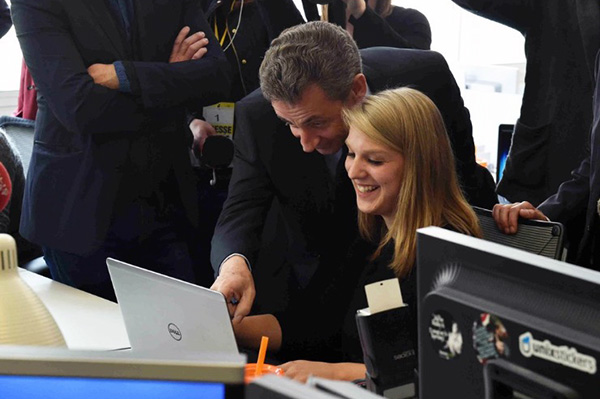