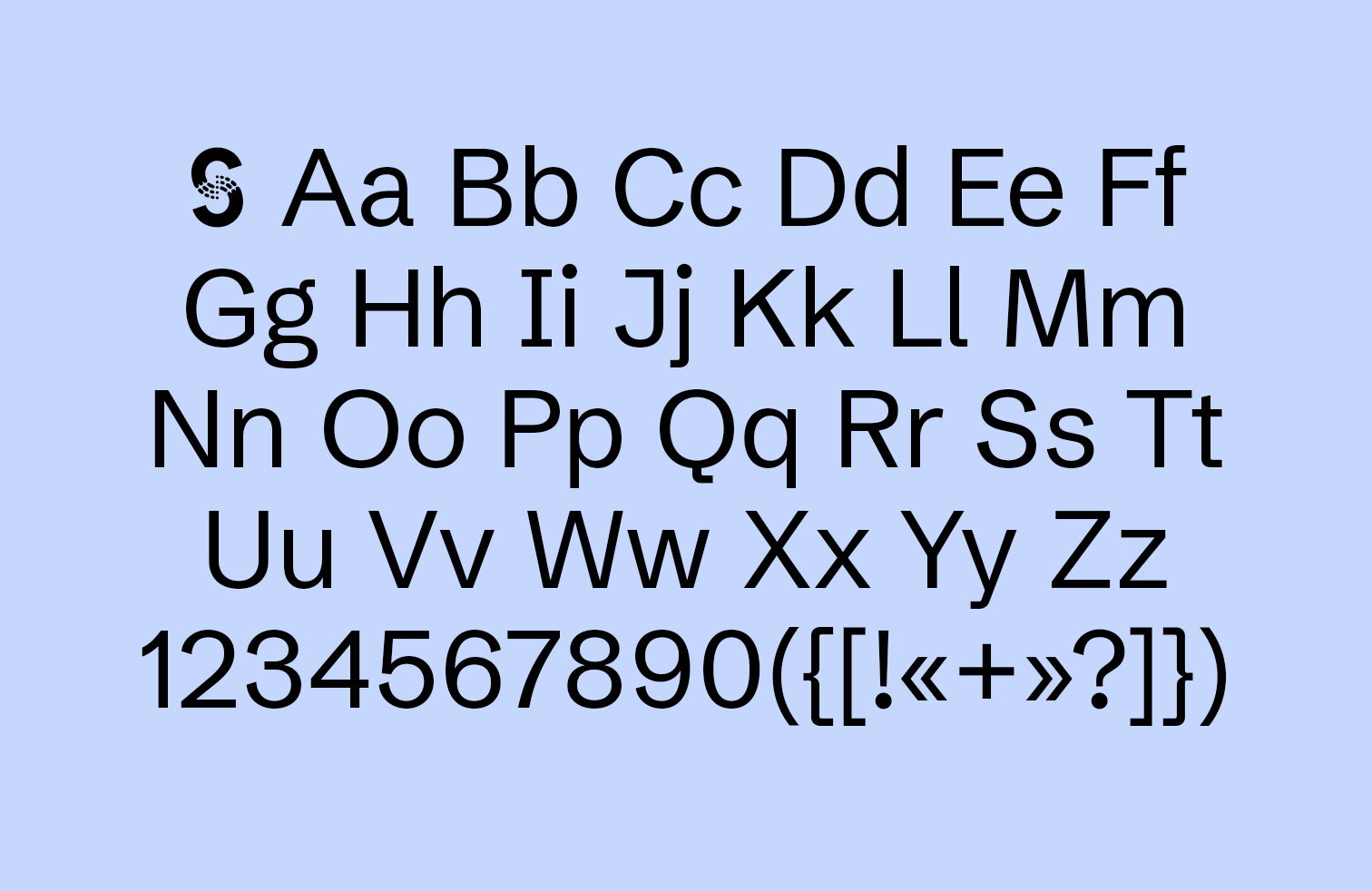 In 2022 Schibsted partnered upp with Norwegian design studio Bakken&Bækk to update our visual profile. The basic need was to have a toolbox working better in digital products and platforms. But also to have a an expression with a bit more impact. All changes is extensions of the design we have had before, and just as with the previous, the foundation comes from our legacy and our overall identity.

One main new asset is a costume typeface. This was also a main request as the old fonts wern’t working well in digital contexts. Below is the story from Henrik Kongsvall, brand designer at Bakken&Bækk, on how he created Schibsted Grotesk.

Schibsted Grotesk is an extensive typographic system covering over 220 languages through 496 glyphs and 12 styles. It was crafted using the OpenType variable fonts technology across four weight masters with matching italics and optimised hinting for the modern digital space. Taking visual cues from Schibsted’s proud history of printed media as well as their pioneering digital nature, Schibsted Grotesk was designed to become an active tool that empowers brand ambassadors and inspire internal and external audiences

From Schibsted’s rebrand in 2019 they were left with a font stack consisting of two typefaces; F Grotesk for display and Source Sans for text. As Schibsted has been evolving into an information driven digital pioneer the need arose for updating the main mean of communication, type and words. The former font stack of Schibsted was lacking when it came to its digital capabilities. It had a limited character style support with only a few weights which provides little flexibility. Special characters like exclamation and question marks being too eccentric effected the readability negatively.

BB then saw the opportunity to build a variable digital first typographic family, catering to all of Schibsted’s needs. Building a completely custom brand font gives Schibsted a tool that is fully owned by themselves and enabling them to be expressive and bespoke in every written way possible. BB proposed a variable font system, going from regular (400) to extra bold (800) and  matching true italics. The static font weight between these four master instances would then be decided upon after test and actual use-cases within the elevated digital design system.

Towards a Schibsted Grotesk

To create this typographic system from scratch we first started collecting insights from the brand elevation team. Some points from our workshops became guiding principles towards a new type:

For visual research BB dived into the history of printed media, and how the early grotesques of the 20th century influenced its visual culture. Namely three source materials were then dived into further:

All of these are expressive typefaces with loads of personality while being fully functional typefaces for longer blocks of text. They were used in both advertising and newspapers of their time, and provides a great visual inspiration for the creation of a grotesque for Schibsted. 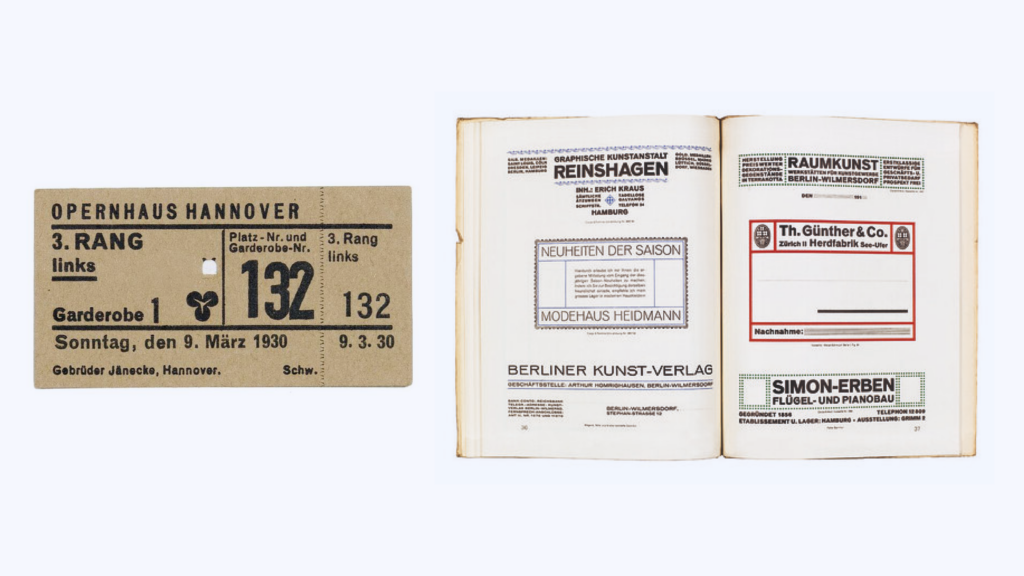 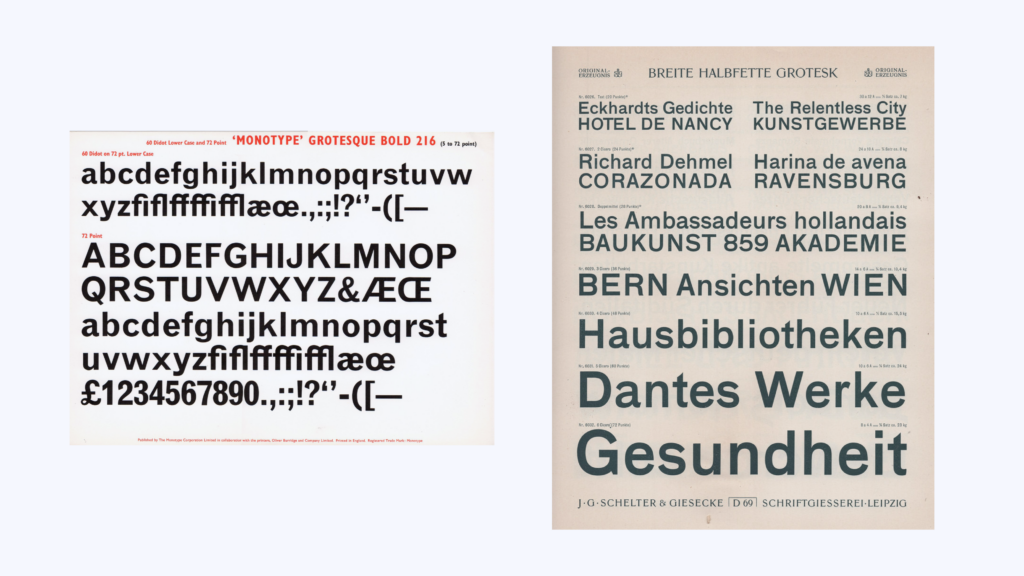 Having a visual foundation for the type, we then had to look into the technical aspects of making a digital first typographic system for user interfaces. One important aspect of this is how the type itself appears when setting text digitally. Vertical metrics has to be carefully considered to generate type that sits nicely within its bounds, making digital design and development easier. 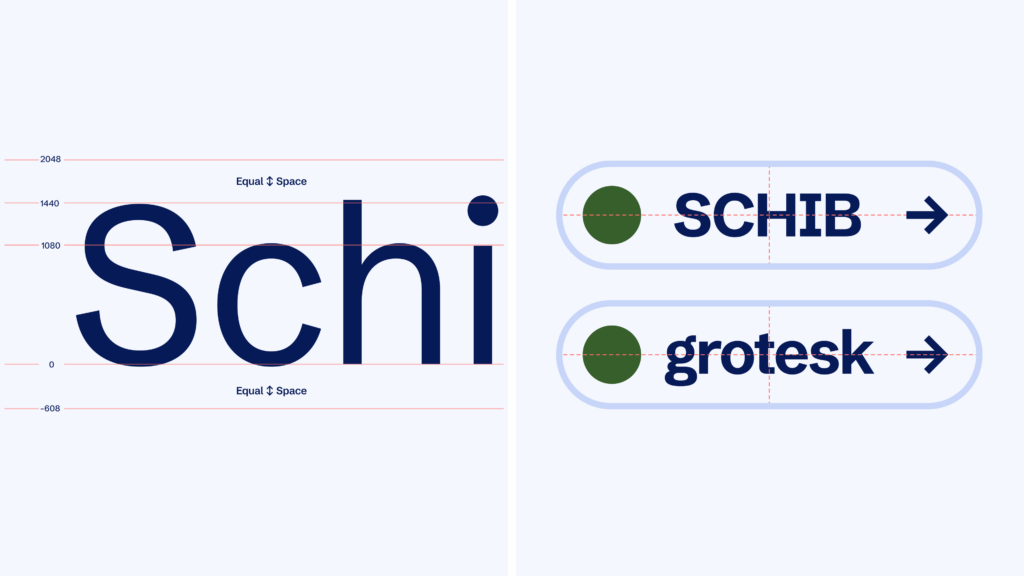 Through the use of the OpenType variable fonts technology Schibsted Grotesk is a digital first type family made for modern day scenarios. This means that all its weights can be accessed from a single file, which significantly reduces the combined size of font data whenever multiple styles are in use. Another benefit is that it gives access to a continuous range of style variations benefitting responsive design and simpler code implementation. 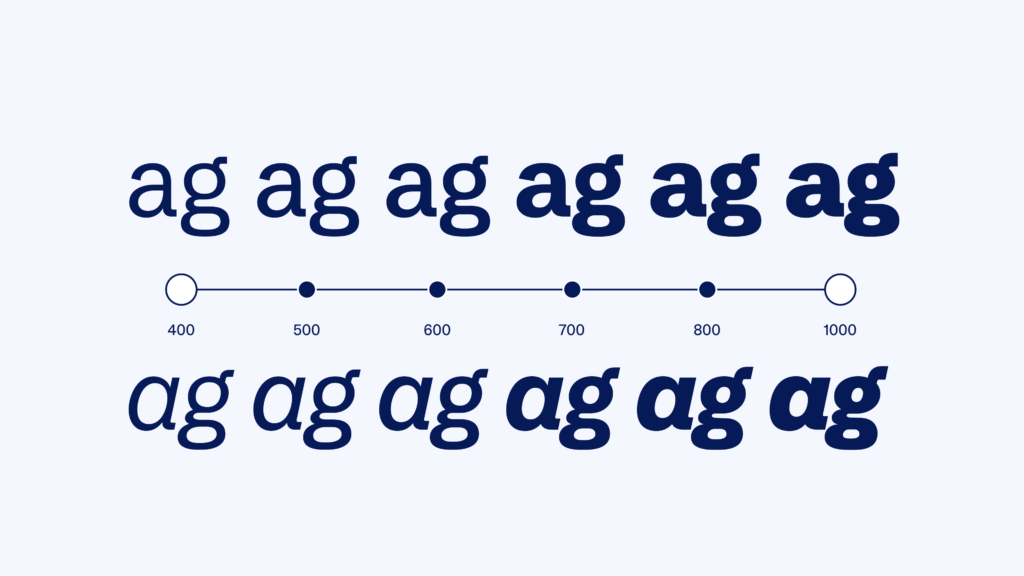 Schibsted being a global family of digital brands, it was important to create a typographic system that ensures consistency across different markets and languages. Leaning on Underware’s Latin Plus definitions for language support, covering the broadest amount of languages with the least numbers of characters possible. It includes letters to support all Nordic and Western European languages written in the latin script. 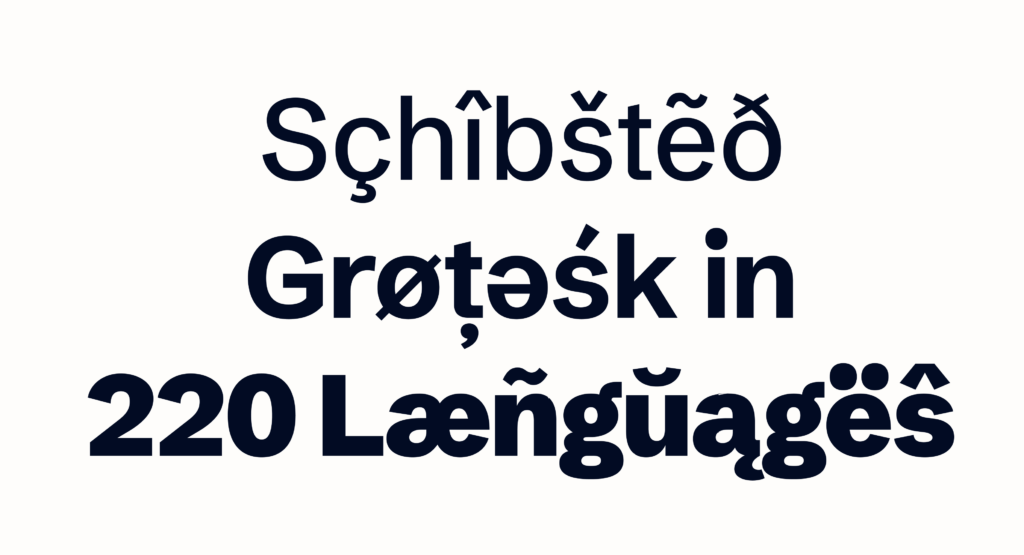 A Flexible Force for Change

For the design system, Schibsted Grotesk follows Material 3’s group and size convention in order to offer a less rigid and less semantic structure, giving designers the freedom to relate the visual hierarchy of the UI with the products at hand. The typographic scale focuses on the rhythm across 15 different size steps, using a 1:1.2 interval (minor third) with a base size of 18.5 points. 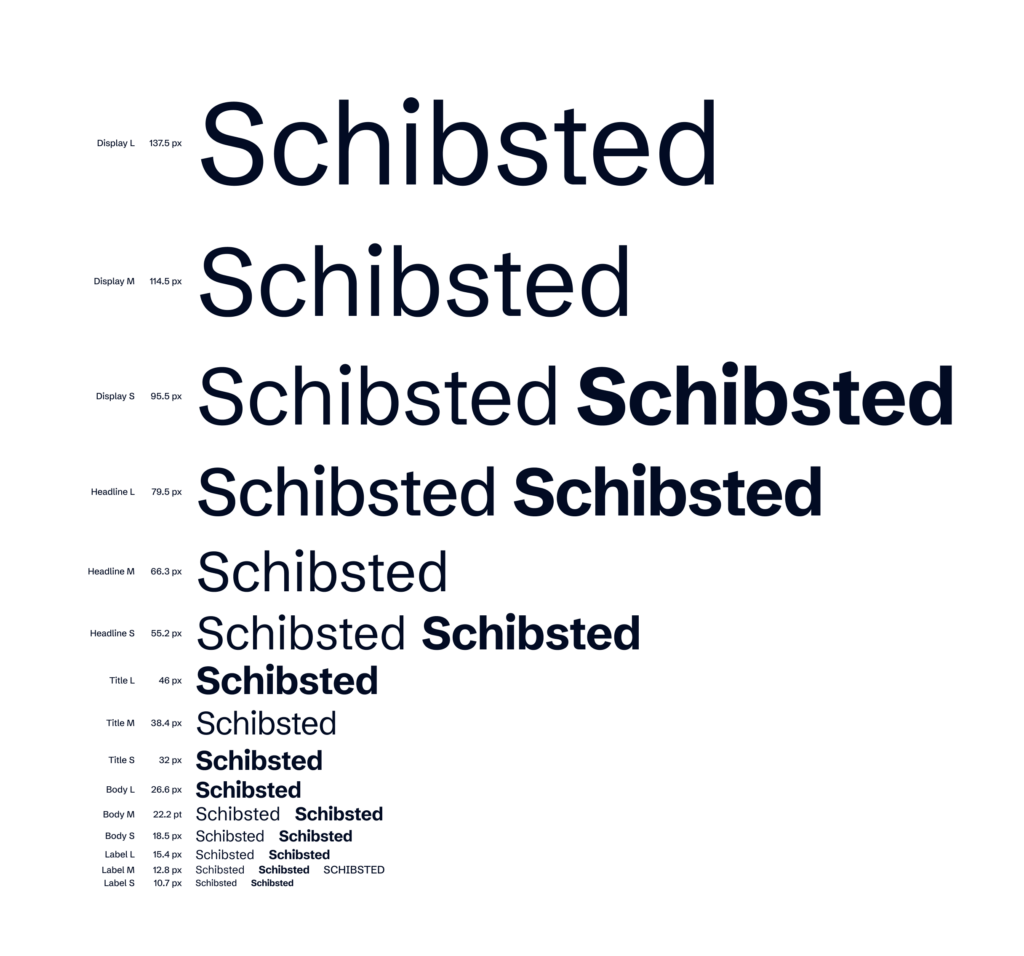